The Kensington Palace made an official statement that Prince Harry and "Suits" actress Meghan Markle are currently in a relationship. Just weeks after the announcement, Markle was accused of getting cozy with her bodyguard while filming on set.

According to International Business Times, the rumor came from Radar Online after they posted a series of photos showing Markle walking with her bodyguard during the shooting of the show. The tabloid said that it seems like Markle was doing something suspicious with her bodyguard.

However, Gossip Cop is quick to debunk the rumor and said that the photo is just an optical illusion. The site explained that Markle and her bodyguard just appeared close in the photos and the two are not walking together, rather, the bodyguard can be seen walking behind Markle. And since the alleged cheating photos were taken from behind, it may have given off the impression that the bodyguard placed his arm around her.

This is not the first time something negative was reported about the couple. Earlier, the same tabloid said that Prince Charles is not happy with Prince Harry and Markle's relationship.

It was rumored that Prince Harry's father thinks that Markle is not worthy to be part of the royal family. Gossip Cop also debunked this rumor and said that there is no truth in it at all.

Elsewhere, Yahoo reported that Markle might be conflicted with the attention that she is getting today now that she is dating a royalty. She wrote an essay for Elle UK and she expressed her thoughts on her current situation.

In the essay, Markle said that she is conflicted or uncomfortable about being famous. However, she said that fame also comes with opportunity and responsibility.

She said that she would want to focus on her advocacy and "focus less on glass slippers." She added that although she might not be comfortable with her fame now, what is important is that she has the power to use it "to make a tangible impact." 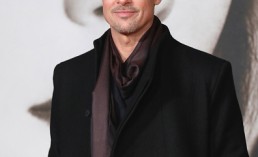 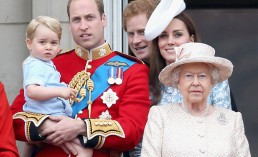 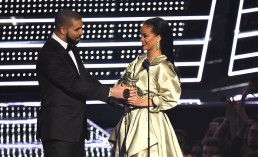 Drake & Rihanna Split News: Rapper gets even with ex-girlfriend by collaborating with Taylor Swift