Fans can expect a lot of happenings when "Sister Wives" will return for Season 8. The life of the Brown family will continue to air their happy moments and drama for their fans.

iTech Post reported that it is most likely that the premiere episode of "Sister Wives" Season 8 will tackle on Maddie's first pregnancy and Mykelti's upcoming wedding. It was said that these might also be the main reason why the show was renewed in the first place.

Despite many rumors that Kody Brown is planning to divorce his latest wife, there are still a lot of wonderful things are to be expected in the show and that include Mykelti And Antonio's wedding. Mykelti is Kody's daughter with Christine and everybody was shocked when they announced their engagement last June.

TLC has released a sneak peek on the new episode of "Sister Wives" Season 8 which shows Mykelti's bridal shower. It was said that the couple along with their family and friends gathered together last Nov. 19 for the celebration. Talking with People, Mykelti said that she was very happy with the event despite feeling awkward while opening the gifts in front of many people.

Meanwhile, US Magazine reported that Maddie Brown announced that she and her husband Caleb Brush are expecting their first child. In a sweet photo posted in her social media account that shows Caleb kissing her pregnant belly, Maddie announced that their big family will have another "little addition."

The good news comes just months after the couple said their vows in an intimate outdoor wedding ceremony last June in Bozeman, Montana. Maddie is Kodys daughter with Janelle.

Talking to People, Maddie said that they are planning to have different names for all the grandmothers like "Oma, Grams or Babicka." She explained that it is "granda" said in different languages. She added that the other grandmothers will get to choose what her child will call them, but she stressed that Kody will definitely the grandpa. 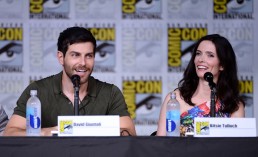 ‘Grimm’ Season 6 Spoilers & Air Date: Will Nick have a happy ending with Adalind or Juliette? 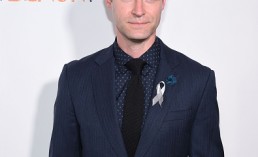 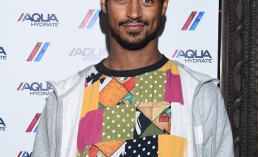 ‘How To Get Away With Murder’ Season 3 Episode 9 Recap: Alfred Enoch talks shocking mid-season finale