In the beginning of "The Big Bang Theory" Season 10, the couples in the show have started to live in their own lives, building a family and sorting living arrangements together. In the upcoming Episode 10, there might be trouble between two of the couples as they divide their properties.

According to International Business Times, the official synopsis for "The Big Bang Theory" Season 10 Episode 10 reveals that Sheldon (Jim Parsons) and Leonard (Johnny Galecki ) are working on dividing their possessions and remove Penny's (Kaley Cuoco) things from apartment 4B.

However, things might not go smoothly as planed as it was said that dividing things turns a bit ugly for them. Leonard and Sheldon are fighting over some things that they may keep in each other's place. Leonard feels that Sheldon is trying to keep all the good stuff while he is left with the lame ones.

The friends then fight over these things and as revenge, Sheldon rents Leonard's apartment for $1 per night to a stranger that is played by guest star Christopher Lloyd.  Will the two of them resolve their differences eventually?

Elsewhere, another major event will happen in "The Big Bang Theory" Season 10 Episode 10 as Bernadette (Melissa Rauch) goes into labor. But before that, iTech Post reported that Raj (Kunal Nayyar) and Stuart (Kevin Sussman) are battling on which of them would be better suited to handle the baby once Bernadette delivers.

Howard (Simon Helberg) begins to feel annoyed with the fact that Stuart still lives with them. When Raj appears in their home bringing food, he and Stuart starts to argue on who is the "best third wheel" in taking care of the baby. They then start making their own hanging toys in which Bernadette thinks that Stuart's toy is better.

Will everything be settled before the coming of the group's first baby? Viewers will have to wait for the answers as "The Big Bang Theory" Season 10 Episode 10 will resume in December on CBS. 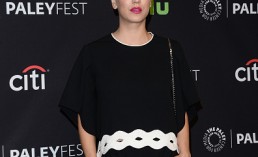 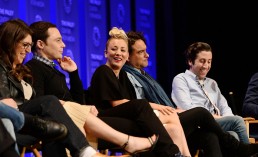 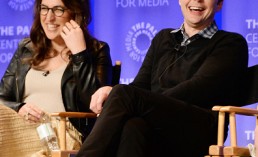