Another season of NBC's The Voice is coming to an end, so it's time to predict who will take home the win.

This past week's Semifinals left Miley Cyrus without any contestants in the finale, while Adam Levine had Billy Gilman and Josh Gallagher, Blake Shelton had Sundance Head and Alicia Keys had Wé McDonald. Billy, Josh, Sundance and Wé are all that remain, and one will be crowned the winner of The Voice season 11 next Tuesday.

So who do you think will win? Let's break it down:

Josh has had a bit of a rockier course to get to the finale than his three competitors, but he did still make it to the end. The contemporary country artist started out on Team Blake, but he lost to Sundance in the Knockouts. Luckily, he was stolen by Levine where he thrived as that team's only country artist. He advanced through the public vote every single week, performing various country hits and showing that he could fit right in with the modern style of the genre. However, he almost went home during the Semifinals, having to compete for the Instant Save. While Team Alicia's Christian Cuevas and Team Miley's Ali Caldwell gave him a run for his money, Josh was able to win the save. Ultimately, those who have had to rely on the Instant Save have never gone on to win, so we think the country rocker will have to settle for fourth place.

Wé has been a frontrunner since season 11 began, with her deep, soulful tones making her stand out from the rest. She has tackled both contemporary and classic songs to varying effectiveness, but one aspect that has remained through her entire run is strong vocals and impressive showmanship. Wé also managed to pull off a huge victory in the Semifinals, advancing to the finale despite not making it into the top 10 on iTunes to receive the bonus, while both Josh and Christian did. This suggests a lot of general support so she is a real contender to take home the win, but Billy and Sundance have simply had stronger results up to this point, scoring multiple iTunes top 10s, which will likely make Wé third unless she has a really strong night.

Billy's status in the competition has been a controversial one given his past success as a child singer, but his soaring vocals have still made him a favorite throughout the season. He has filled the vocal pop slot this season, similar to past winners like Jordan Smith and Alisan Porter, but unlike them, Billy isn't necessarily the obvious winner. He has shined on songs like "I Surrender", "Anyway" and "Crying", but one look at The Voice Facebook page shows many viewers who believe he shouldn't even be in the competition because of his past music career. We do believe that Billy has a lot of strong support and could certainly take home the victory, but much like season 8 of American Idol, we think America will reward the humble folk/country singer over the more powerful vocalist.

Sundance is the only artist this season to receive three iTunes bonuses, reaching the top 10 each of the past three weeks. The soulful country singer has rarely hit a sour note whether it be his unique covers of Cyrus' "The Climb" and Keys' "No One" or classics like Tom T. Hall's "Me and Jesus" and The Judds' "Love Can Build a Bridge". A country artist has not won The Voice since season 7, with Team Blake's Meghan Linsey, Emily Ann Roberts and Adam Wakefield finishing as the runner-up in each of the past three seasons, but we also think Sundance has a deeper appeal than just those who love country music. Like Chris Stapleton, the soulful aspects of his voice reach across music genres and we believe Shelton will receive his fifth win as a coach, taking Sundance to a victory.

But anything can happen on The Voice stage -- Josh's presence could split the country vote, leading to a Billy victory. Wé could also pull off a huge upset. What do you think? 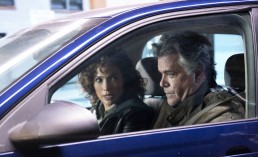 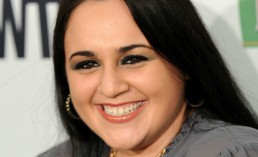