Nashville officially debuts on CMT tonight, and here's everything you need to know before the premiere.

After being canceled by ABC, Nashville has found a perfect new home: CMT (a.k.a. Country Music Television). The primetime soap will pick up where season 4 left off, with the last episode airing way back in May of last year.

Of course, CMT did release a "sneak" preview, a.k.a. the first hour of the season 5 premiere back in December, but there is much anticipation for tonight's special two-hour event. The premiere begins Thursday night at 9/8c on CMT, and is set to last until 11/10c.

If you cannot watch the premiere on television, you can live stream it on Sling TV. The app provides live streams of various TV stations, including CMT, and all you'll need to do is sign up for a free seven-day trial.

The first hour of the premiere is available online to view for free right now, if you haven't already seen it. The second hour will be uploaded after the premiere. It will also be available to stream on Hulu, presumably by Friday morning.

Connie Britton, who plays Rayna Jaymes in the series, recently spoke on how this season will be a bit of a reinvention now that it's on CMT.

"It was complete rebooting and, quite honestly, it was necessary," She told The New York Times in December. "I did feel to some degree that the show had gone in a direction where we were losing a lot of what the subject matter can provide - everything from story to replicating this really rich town of Nashville. When you get soapier and soapier, your characters suffer because they start to show up just to deliver plot, and you lose sight of who they are. So I think the show is going to move forward in a more languid way that I'm hopeful will really bring these characters back to life." 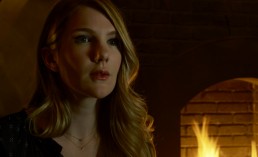 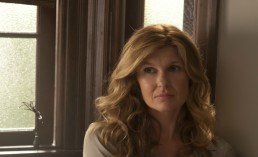