The View co-hosts blasted President Donald Trump's comments over the past two days regarding Frederick Douglass and the sinking ratings of The Celebrity Apprentice.

While The View hosts are often divided over the state of the country and Trump's leadership, they were a unified front regarding his most recent comments.

First, they discussed President Trump's awkward remarks about civil rights icon Frederick Douglass. Many pointed out that both President Trump and his press secretary, Steve Spicer, seemed to know nothing about Douglass' contributions to American society or the fact that he's been dead for 122 years.

"I want to point out that Frederick Douglass died 122 years ago," said Whoopi Goldberg. Joy Behar added that it was clear neither of them knew anything about black history.

Even conservative co-host Jedidiah Bila was critical of Trump's comments, stating, "If you're going to do a breakfast and you're going to be celebrating Black History Month, do your research. Know something going out there."

Moving on to Trump's comments this morning about the ratings of Arnold Schwarzenegger's Celebrity Apprentice compared to his own, none of the ladies were having it. After playing Schwarzenegger's video response, Goldberg quipped, "does this mean Arnold's gonna have to watch his immigration status?"

Behar quipped that she's going back to church to pray that Trump doesn't get reelected in 2020. 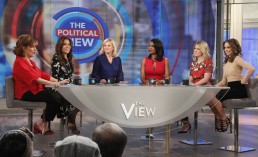 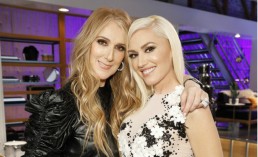 'The Voice' Season 12 Premiere: Gwen Stefani Gets Some Help From Celine Dion [VIDEO] 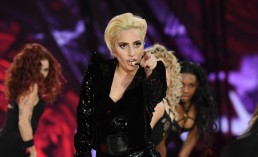