Another mind-blowing episode was released last night from ABC's mystery legal drama thriller, "How To Get Away With Murder." Unsurprisingly, it left fans and viewers with lots of questions again, hoping that the events for the upcoming episode might answer some of it.

The previous episode of "How To Get Away With Murder" season 3, titled "Go Cry Somewhere Else", featured another emotional scene as the Keating 4 (previously Keating 5), Michaela (Aja Naomi King), Connor (Jack Falahee), Asher (Matt McGorry) and the most emotional of them all, Laurel (Karla Souza) all attended Wes' (Alfred Enoch) memorial.

Laurel gave the speech at the memorial because they all decided it was necessary for her to do so. As it can be recalled on the previous episodes of "How To Get Away With Murder" season 3, Laurel is carrying her and Wes' unborn baby and she was present on the night of Wes' death. She narrated the events that her former boyfriend had to go through before his death, and concluded her speech by taking a shot at those people who cried but did not really know Wes at all.

Also featured on "How To Get Away With Murder" season 3's previous episode was one major shocker. When Laurel asked Nate (Billy Brown) to take her to see Wes' body, they found out that Wes' body was missing. And if that wasn't enough, in the final minutes of the episode, it was revealed that the one who requested for Wes' body to be moved was none other than Nate.

According to a report from TV Fanatic, there is reportedly a possibility that Atwood (Milauna Jackson) from the D.A.'s office might have framed Nate towards the situation. Fans of "How To Get Away With Murder" season 3 have been speculating that Nate's lack of cooperation with the D.A's office might have triggered them to pin him down. However, because it has been known that the show is full of twists and surprises, the speculation is reportedly just a small possibility.

The suspect on "How To Get Away With Murder" season 3 is still circling around the people close to Wes and Annalise. While it has been hugely speculated that Annalise did not do it, viewers cannot wait to find out the identity of the real killer. Frank (Charlie Weber) previously took the fall of the crimes pinned to Annalise. But fans are also guessing that Frank is just saving Annalise, but not really did the crime.

On an interview with E!News, actor Billy Brown, who portrays Nate Lahey, revealed that darker episodes from "How To Get Away With Murder" season 3 are still incoming. More suspects will reportedly come out until the real one gets revealed on the season finale.

Describing his character on the series, especially this time that Nate has once again been involved in Wes' killing, Brown said that his character has always got up from a messy situation before. The things Nate get involved with, he apparently uses them as a motivation to move forward and seek for the truth.

Fans have been discussing on social media that Nate is too convenient as a suspect on "How To Get Away With Murder" season 3. However, as previously mentioned, the series likes to twist the mind of its fans and viewers. 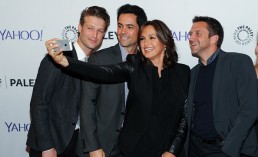 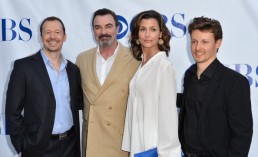 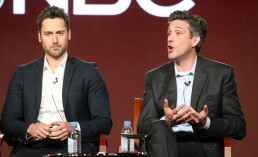