On paper, Malcolm Freberg seems pretty set up to win Survivor: Game Changers, but can he do it?

Malcolm is returning for his third season of Survivor this spring on Survivor: Game Changers. The 29-year-old from Hermosa Beach, Calif. is one of the biggest fan favorites in this cast, having been one of the standout players in Survivor: Philippines and Survivor: Caramoan - Fans vs. Favorites.

In Survivor: Philippines, the show's 25th season, Malcolm got off to a rocky start with his consistently failing Matsing tribe. He struck a deal with Denise Stapley early on and was largely in control of his tribe but they lost the first four Immunity Challenges and had to continuously go to Tribal Council. Malcolm and Denise were the only ones left from their tribe at which point a tribe swap occurred and Malcolm thrived as a physical and social player.

During the post-merge, Malcolm tried to stay out of the drama as two opposing alliances targeted each other, He and Denise emerged victorious by making an alliance with Michael Skupin and Lisa Whelchel at the perfect time in the game, and they would ultimately be the Final 4. However, Denise, Michael and Lisa recognized that Malcolm was too big of a threat to take to the end and he was voted out in fourth place.

Malcolm returned one season later for Survivor: Caramoan, but considering Philippines hadn't aired yet, the other castaways didn't have any prior knowledge of him. He was able to maneuver his way through the game, however, and made it to the merge with several allies, including Corinne Kaplan, Eddie Fox and Reynold Toepfer. Unfortunately, this alliance soon became the minority and despite providing his fighting spirit, Malcolm was voted out in ninth place.

Having been a threat in both seasons, Malcolm is hoping to be a little less obvious with his moves in Survivor: Game Changers.

Malcolm also has one request for when (not if!) he wins: "Please bring back the oversized checks for my coronation."

So can Malcolm's third season be the charm for him?

How will Malcolm Freberg do in 'Survivor: Game Changers'? 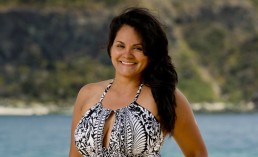 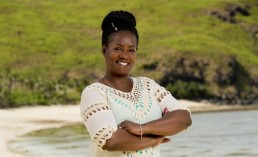