After 10 years of working with the Royale Family, Kate Middleton's private secretary Rebecca Deacon will sadly leave her post. Apparently, the 34-year-old right-hand woman of the Duchess of Cambridge will go after she marries Adam Priestly, her fiancé.

Aside from coordinating Kate Middleton's public events, Rebecca Deacon was also seen holding bouquets of flowers and gifts for the royal family during their royal tours. Therefore, this is yet another devastating news to Prince William and her wife.

According to Mail Online, the report comes after the engagement of Miss Deacon with her soon-to-be husband Adam Priestly, who will be married sometime this month.

Kate Middleton has already approved Miss Deacon's wedding to be held at St. James Palace's Chapel Royale. This place where Prince George was baptized, is exclusive only to those who have strong links to the Royal Family. Meanwhile, it is expected for the Duke and Duchess of Cambridge to attend their big day.
Miss Deacon, as Kate Middleton's private secretary, plays a vital role during the Duke and Duchess' big day. She's also often seen standing quietly in every engagement near her royal boss. Her job also includes the organization of the official activities and engagements and assuring that the Duchess gets informed on who she is going to face.

Prior to becoming Kate Middleton's secretary, Miss Deacon worked for Sentebale -- Prince Harry's charity. With such important role, it will surely become troublesome for the royal couple Kate Middleton and Prince William, as Miss Deacon leaves.

Aside from the wedding, CelebDirtyLaundry suggest that the reason for the PR team to leave is because the Prince and his wife refuse to listen to their concerns and suggestions. Some insiders even mentioned about Prince William and his desire to take control of everything, which is often against their PR team.

With Miss Deacon leaving for marriage and the royal communication team struggling, Kate Middleton is surely hoping a trustworthy replacement. Not to mention, someone who can handle massive pressure and stress. 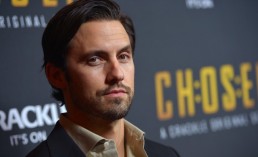 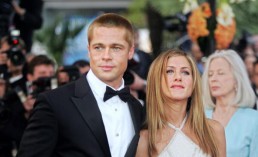