Dancing With the Stars pros Maks Chmerkovskiy and Peta Murgatroyd have already gone through quite an experience parenting their newborn son, Shai.

Chmerkovskiy and Murgatroyd, who are currently engaged, had to bring their son to the emergency room only a few weeks after his birth. Chmerkovskiy spoke with ABC News recently about bringing their infant son to the hospital.

"We've gone through a lot of stuff with him already - some drama and traumatic experiences," he admitted.

The dancer admitted that both he and Murgatroyd were worried, upon seeing their son in such a fragile state.

"We were so like not prepared for the protocol [and] procedure that happened at the emergency rooms with infants that small. Nobody really ever told us anything about that. It was a big shock to the mind and to the heart," Chmerkovskiy recalled. "You start to see a little IV on a little baby and you're like, 'Oh my God, this is crazy. It was a lot for us."

Now, Chmerkovskiy and Murgatroyd are more "diligent" than ever as they care for Shai.

"I'm such an overprotective, over-thinking, over-planning type of person," Chmerkovskiy said. "You can't foresee some things; you can try your best."

Happy V-Day to my absolute number one Thank you, I love you and I'm in love with us... #Family #babyChmerkovskiy #HappyValentinesDay

The Dancing With the Stars pros are also preparing to return to the show for season 24. Chmerkovskiy is partnered with Glee star Heather Morris while Murgatroyd is paired with the most recent Bachelor, Nick Viall. Chmerkovskiy previously won season 18 with Olympic ice dancer Meryl Davis while Murgatroyd won season 14 with NFL pro Donald Driver and season 22 with Deaf model Nyle DiMarco.

It remains to be seen if either will take home another Mirrorball trophy, but Chmerkovskiy's partner, Morris, is certainly one of the frontrunners this season considering her background as a dancer. 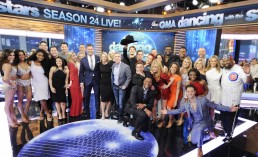 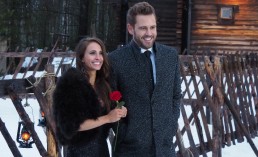 'Dancing With the Stars': How Does Vanessa Grimaldi Feel About Nick Viall Competing In Season 24? [VIDEO] 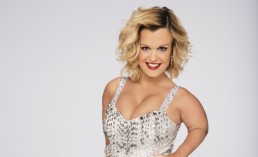