The Bachelor star Nick Viall and his fiancée, Vanessa Grimaldi, are excited for his upcoming participation in another reality show, Dancing With the Stars.

Viall is jumping from one reality show to another in the course of a week. The titular "Bachelor" on the show's latest season found love with Grimaldi in the final episode of the season that aired Monday night, and is now getting ready to put on his dancing shoes to strut his stuff in the ballroom.

Viall and Grimaldi appeared on Jimmy Kimmel Live last night and spoke about him being partnered with Peta Murgatroyd on Dancing With the Stars.

Kimmel observed that Grimaldi is going from "watching Nick make out with other women on 'The Bachelor' to... dancing with this beautiful Russian supermodel dancer."

"She's happily engaged," Viall interjected, of Murgatroyd, who is engaged to fellow Dancing With the Stars pro Maks Chmerkovskiy.

"Guaranteed that's why they paired her with you," Kimmel quipped.

On a more serious note, both Viall and Grimaldi are getting hyped for his ballroom dancing debut.

"I was really excited about the whole DWTS experience. He ran it by me, we spoke about it," Grimaldi said. "Peta's a great dancer. I'm really happy that he got to be paired up with Peta so hopefully [he'll] make it to the end."

Murgatroyd has won two seasons of Dancing With the Stars in the nine seasons she has competed in previously. She won season 14 with former football wide receiver Donald Driver and season 22 last spring with Deaf model Nyle DiMarco.

As for Viall's chances, some Bachelor(ette) alumni have done well on the show, while others have failed to translate their charisma to the ballroom. Melissa Rycroft is the best former Bachelor(ette) participant to compete on Dancing With the Stars, winning the show's all-star season with Tony Dovolani. 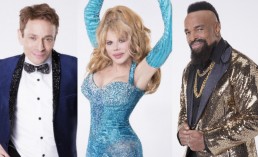 'Dancing With the Stars' Season 24: Who Will Be Eliminated First From 2017 Cast? [POLL, VIDEO] 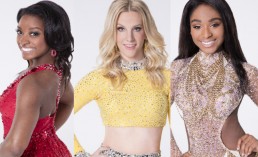 'Dancing With the Stars' 2017: Will Simone Biles, Heather Morris Or Someone Else Win Season 24? [POLL, VIDEO] 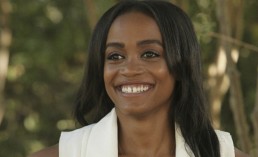 'The Bachelorette' 2017: Rachel Lindsay Was 'Heartbroken' by Nick Viall Eliminating Her [VIDEO]