The hype and excitement for "High School Musical 4" have been quite impressive ever since the names of "HSM" alums, Vanessa Hudgens and Zac Efron, were brought into the topic. The popular tandem of Gabriella Montez and Troy Bolton seemed to have imprinted on the hearts and minds of "HSM" fans, leaving them thirsting for a reunion.

In the last quarter of 2016, reports about Vanessa Hudgens and Zac Efron joining "High School Musical 4" made its round on the internet. The said reports led fans to believe that they would really be seeing a Troy Bolton and Gabriella Montez reunion, with a time jump that would portray Hudgens and Efron as adults.

However, after months of speculations and excitement, fans had to deal with the disappointing news that Vanessa Hudgens won't be returning to "High School Musical 4." According to Teen Vogue, the "Beastly" actress herself revealed that she won't be reprising her role as Gabriella Montez in "HSM 4." According to reports, the "Powerless" actress mentioned her age as one of the driving factors that made her decide not to be in the fourth Disney installment.

"I mean, I'm 28," Hudgens said. "So probably not with me, but I'm excited to see what they whip together," she added. The possibility of Hudgens playing the role of a teacher in "High School Musical 4" was also not appealing to her. "I could be a teacher, but I refuse to be a teacher! I'm still a teenager at heart."

As expected, "HSM" fans were truly disappointed with Vanessa Hudgens' decision. However, according to Seventeen, the fans are not closing their door for a possible cameo of Vanessa Hudgens and Zac Efron. In fact, some are even making an online petition to help Disney convince Hudgens to appear in "High School Musical 4." 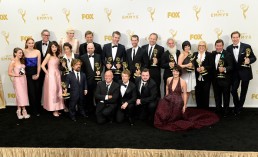 'Game Of Thrones' Season 7 Spoilers, Trailer Reveal A 'Long Walk' For The Rivals To Battle For The Iron Throne 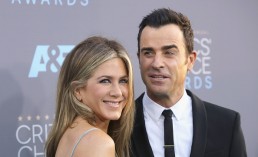