During Saturday's first 2017 playoff game in the NBA, a close matchup between the Indiana Pacers and the Cleveland Cavaliers ended with a missed buzzer beater.

The game, which was held at Quicken Loans Arena, Ohio, tipped off early in the afternoon with the Cavs gaining home court advantage. Paul George and the Pacers, which is 7th best team in the East, was previously predicted to play against then-number two seed, Boston Celtics. However, a few days before playoffs, then number-one seed, Cavaliers, moved down to number two when they had a losing streak during their last four games.

On the first and second quarters, both teams were exchanging shots and each of the player's defensive strategy was well-documented. Cavs lead by seven points after the first half of the game but the Pacers followed through the second half. A series of missed free throws resulted for the Cavs' lead to be narrowed while Pacers shooting guard, Lance Stephenson almost made every shot he attempted on the fourth quarter.

During the final seconds of the game, where the Cavs lead by only point, Paul George got possession of the ball but with only less than ten seconds left, he got double-teamed by the Cavs resulting for him to pass the ball to his other teammate, CJ Miles. With four seconds left on the clock, Miles decided to shoot the ball instead of passing it back to George, but the shot did not go in, resulting for the Pacers to lose by one point.

According to ESPN, during the post-game interview with Paul George, it was reported that he was upset he was not the one who attempted the final shot. He said he talked with Miles after the game and chided him about what to do during situations like the one against the Cavs. George further stated that he should be the one who takes the final buzzer beater during close matchups.

Miles responded saying that he got a good shot, but just didn't make it. With four seconds left, Miles said that he had no choice but to take the shot himself. Cavs' star player Lebron James also responded to the interview, saying that if he was on George's position, he would also pass the ball to his other teammate, let them take the shot and live with the result. 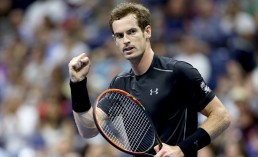