Eileen Davidson announced her exit from The Real Housewives of Beverly Hills at the end of last week.

As her co-stars, including Lisa Rinna, Lisa Vanderpump, Erika Girardi, Dorit Kemsley and Kyle Richards, continue to film the eighth season of the show, Davidson confirmed she would not be featured in a full-time role on the upcoming installment.

"After a lot of careful thought, I've decided because of my crazy schedules at The Young and The Restless, as well as Days of Our Lives, it's best for me and my family if I step away from being a Housewife for now," she says in a statement obtained by E! News on Friday. "But you never know, I might be popping in from time to time just to see what the ladies are up to! Thanks for your love and support guys!!!"

Davidson began her run on The Real Housewives of Beverly Hills during season five. At the time, the two women were brought aboard the cast to replace Joyce Giraud and Carlton Gebbia, who both appeared on the show for just one season.

Davidson and Rinna knew each other before being cast on the show due to their soap opera ties.

After learning the news of Davidson's exit, as revealed by The Inquisitr, Rinna took to Instagram where she responded to a message Davidson had posted on Instagram with a crying face emoji and told her former co-star that she loves her "so much."

In response, Davidson posted a kiss emoji and a heart emoji for her fellow soap actress.

While the cast of The Real Housewives of Beverly Hills season eight has not yet been confirmed, Camille Grammer recently sparked rumors of her potential return when she shared a photo of herself and Adrienne Maloof with the returning members of the show in Las Vegas. 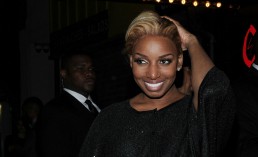 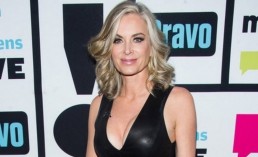 Eileen Davidson Twitter: Why Did She Quit Ahead Of 'RHOBH' Season 8?