Lauri Peterson, formerly of The Real Housewives of Orange County, is said to be in agony over her son Josh Waring‘s legal troubles.

As fans have surely heard, Waring is currently incarcerated at a Southern California prison where he is awaiting trial for attempted murder.

According to a new report by Radar Online, The OC Register recently revealed that attempted murder charges against Waring were dropped on October 21, which seemed to suggest that Waring was about to get a major break. However, just moments later, the charges were allegedly refiled after he reportedly violated his right to a speedy preliminary hearing.

Waring was charged with three counts of attempted murder after allegedly shooting at two people at a sober house in Costa Mesa, California. Around the same time, Waring's wife filed for divorce after claiming he threatened to stab her.

“I’m terrified … I fear my family, myself, or my belongings will be hurt or destroyed," she wrote in her court documents.

Peterson and her husband, George, adopted Waring's four-year-old daughter Kennady Kaydence years ago after determining that Waring and his wife were unfit to care for the child.

"According to court reports, Waring’s public defender repeatedly requested delays for the preliminary hearing over Waring’s objections in the attempted murder case, and a judge initially denied Waring’s requests to represent himself," Radar Online explained. "Waring was appointed a new lawyer, Joel Garson, who filed a request to have the charges dropped over a violation of his civil rights. Prosecutors did not contest the motion and immediately refiled the case after a judge agreed to dismiss the charges on Friday."

To hear more about Josh Waring, his murder charges, and his other legal drama, check out the news clip below. 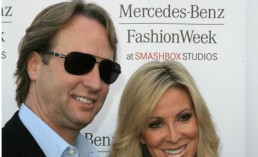 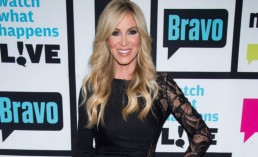