According to a new interview, Lambert recently hinted at a split from her singer boyfriend, who she began dating shortly after her split from Blake Shelton in 2015, during an interview with Redbook magazine.

“Music and mutts — pretty much all I live for are those two things,” she told Redbook, according to a report by Hollywood Life on October 21. “Men used to be on that list, but I cut that one out. Just kidding! It was the three M’s, and now it’s two. No, it is three: The last one is Miranda.”

Also during the interview, Lambert mentioned her favorite things and Anderson wasn't one of them. Instead, the singer said she likes to watch Shark Tank and Tiny House Nation in her free time. She also mentioned hobbies including wearing yoga pants and eating frozen pizza.

Just over a month ago, Lambert shared a tribute to East on Instagram in honor of their one-year anniversary.

“Oh how I remember well, sunset on September 12th… #PushingTime #2yearstoday #bamaboy @andersoneast,” she captioned an Instagram photo of her kissing her boyfriend.

As fans took notice at the time, the caption was a nod to her single “Pushing Time," which includes lyrics, “Oh, how I remember well /Sunset on September 12/I disappeared to get a drink/You still kept your eyes on me.”

Lambert and East went public with their romance on Instagram in January 2016 and made their red carpet debut months later. Since then, the couple has been gracing many red carpets and has also been known to share a stage from time to time.

For more of Miranda Lambert and Anderson East, check out the video below. 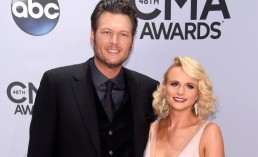 Blake Shelton And Miranda Lambert: Are They Meeting Amid Anderson East Relationship? [VIDEO] 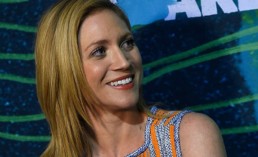