Briana DeJesus is ready to go back under the knife for more plastic surgery.

Just four months after welcoming her second child, daughter Stella Star, the Teen Mom star has announced that she will soon undergo a number of surgeries in hopes of getting her pre-baby body back.

On Nov. 22, Radar Online shared details of DeJesus' upcoming surgeries, revealing that they will be performed by Dr. Michael Salzhauer, aka Dr. Miami, who also operated on the reality star in 2016, when she underwent a breast augmentation, butt lift, labiaplasty, and liposuction. According to the report, DeJesus's second round of surgeries will include another breast augmentation and butt lift as well as more liposuction on her stomach.

"Briana is getting it all done in February," Dr. Salzhauer revealed to Radar Online. "She wants to correct some of the baby damage that was caused by her latest pregnancy."

The doctor revealed that during DeJesus's second pregnancy, her backside grew quite large, which left it in need of some slimming and sculpting. Dr. Salzhauer also said that in addition to the plastic surgery, DeJesus will be getting some Botox and is looking forward to her mommy makeover.

Dr. Salzhauer previously did surgery on Kailyn Lowry and, as fans of Teen Mom 2 well know, DeJesus is currently dating the ex-husband of Lowry. She even helped Javi Marroquin throw their son, four-year-old Lincoln, a birthday party this past weekend as rumors of a future wedding began to swirl.

Although DeJesus and Marroquin appear to be quite happy with each other as they enjoy the early moments of their romance, Marroquin's ex-wife has reportedly been questioning whether or not the relationship is real.

“Kailyn [Lowry] can’t help thinking that Javi [Marroquin]‘s main reason for dating Brianna [DeJesus] is to spite her," a source told Hollywood Life earlier this month. "There are a million other girls out there, but Javi chose to hook up with another Teen Mom star, which he must have known would result in tons of publicity."

To see more of DeJesus, Marroquin, their families, and their co-stars, including Jenelle Evans, Lowry, Chelsea Houska, and Leah Messer, don't miss new episodes of Teen Mom 2 season 8 on Monday nights at 9 p.m. on MTV.

Briana DeJesus may also be seen in Marroquin's upcoming MTV special, Being Javi, which doesn't yet have a premiere date. 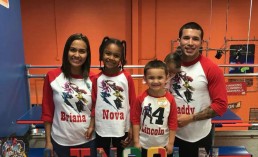 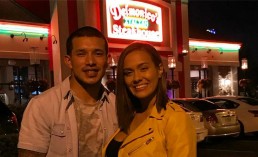 Are Javi Marroquin And Briana DeJesus Going To Get Married? 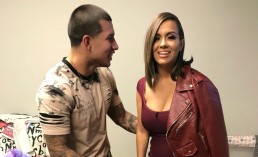