Wendy Williams' latest commentary on her talk show Thursday morning may have ruffled a few feathers. The popular daytime host of The Wendy Williams Show publicly slammed the latest anti-harassment movement, #MeToo, and also had a few words about the alleged victims of singer R. Kelly.

Williams kicked off her infamous "Hot Topics" segment by diving into the latest ongoing Hollywood scandals. Williams first shared her thoughts on comedian and actress Mo'Nique, who has called for a boycott of online streaming service Netflix. The actress alleges that she was underpaid for a special she did for Netflix and was offered a significantly less amount than her comedy colleagues.

Williams stood up for the comedian stating that all women of color are unfairly paid for their work.

Williams then dives into another movement against "Step in The Name of Love" singer, R. Kelly. Two atlanta women were reportedly asking for everyone to 'mute' the singer by using the hashtag #MuteRKelly. The women stated that they were distraught over the singer's flourishing career despite the child molestation allegations against him. The singer had been accused of holding young women captive and making them his "sex slave".

Williams quickly dismissed the idea, stating that "black people aren't good protesters" and that it's "ten years too late" to try and bring R. Kelly down. Williams used the late singer, Aaliyah, and her supposed relationship and marriage to R. Kelly as an example. Williams stated that Aaliyah "willingly" married R. Kelly despite their drastic age difference.

Williams also went on to dispel the #MeToo movement by stating that she has had enough of it.

"I'm sick of this #MeToo movement...I love that people are speaking up for the first time and coming out and everything but now it's got...I look at all men like, 'You're a #MeToo.' All of 'em, all of 'em, which is not fair," Williams stated.

Maybe Wendy Williams is saying this because and expose on her husband is about to drop?? https://t.co/gEf7vyvFGD

Wendy Williams is tired of the #metoo movement. I'm tired of her being built like a PT Cruiser. We're at an impasse, it seems. pic.twitter.com/N1HBVhgbuf 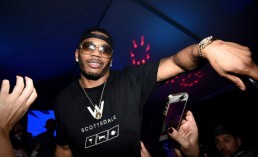 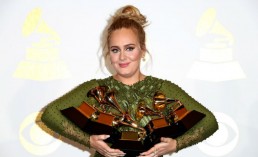 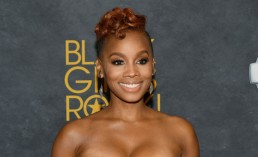