When Kelly Ripa is not entertaining millions on Live with Kelly & Ryan, she enjoys confronting her haters on Instagram.

The Emmy-winning talk show host shared her method to her madness to longtime friend Jerry O'Connell when he was substituting for Wendy Williams on her show on Friday, March 16. Ripa shared that she delights in scorching her internet trolls on Instagram.

"I love a clapback. I love a troll but I love to troll a troll. Like, if you're gonna troll me, then I'm gonna troll back. And that, we can all agree, that is the way God intended," said Ripa to O'Connell in a statement transcribed by E! News.

This is not the first time that Ripa has admitted to the nation that she loves internet troll hunting. People Magazine caught Ripa collaborating with husband and Riverdale actor Mark Consuelos to tackle an internet troll who claimed that the performer was tinier in height. However, the two issued a hysterical response which caught the attention of an Instagram user, Comments by Celebs.

"Please tell me how is it I can try to look taller. I'm dying to know," said Consuelos.

"He's tall where it counts babe," wrote Ripa in a conversation transcribed by People Magazine.

On March 7, the veteran daytime television talk show host used her show's Instagram channel to go after a particular troll that kept on targeting her on the social media platform. Ripa stated that the troll criticized how much makeup she wore and added that she looked like a wax figure. She lovingly said to the hater that she has a wax figure at Madame Tussard's and she that did not go to the Academy Awards.

The All My Children alum decided to visit her co-host, Ryan Seacrest, on his home turf of American Idol. She got a chance to 'audition' in front of the show's new judges, Katy Perry, Luke Bryan, and Lionel Richie. Ripa showcases her talent and performed "Why Don't You Do Right?" in front of the judges. While the trio's reaction was lukewarm, they gave Seacrest's fellow co-host an expired Golden Ticket.

While Ripa helped Seacrest and the judges promote American Idol's comeback, she continued to assist her co-host when he was facing his own sexual misconduct controversy. Both Ripa and Consuelos were two of the 21 people that Seacrest talked to when he covered E! News' Oscars coverage. Days before they were in California, Ripa defended Seacrest's reputation and stated on behalf of the Live with Kelly and Ryan crew that he was a real professional. Seacrest has been dodging sexual misconduct allegations from Suzie Hardy, his former E! stylist of 13 years. 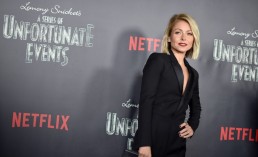 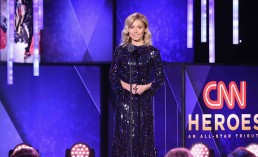