One of the biggest strengths of Stranger Things is the stellar cast, and the stars are cashing in with significant salary bumps for season 3.

Deadline reports that the lead child and adult stars of Stranger Things will be getting a raise for the upcoming season. Cast members expected to see an increase in their salary include Finn Wolfhard, Noah Schnapp, Millie Bobby Brown, Gaten Matarazzo, Caleb McLaughlin, David Harbour, and Winona Ryder.

Ryder and Harbour both started the series with higher paychecks than the rest of the lead cast. They are expected to remain with higher salaries that can reach up to $350,000 per episode.

Brown, the young breakout actress of Stranger Things, reportedly scored a bigger payday than the other young cast members. According to Hollywood Reporter, the actress did not renegotiate with the rest of the cast and may get to match the $350,000 that Ryder and Harbour are earning. However, it's likely that Brown gets around $300,000 instead in a salary tier of her own between the adult leads and the younger cast.

The other series regulars Natalia Dyer, Joe Keery, and Charlie Heaton will also get higher salaries around $100,000 to $150,000 per episode.

The SAG Awards winning ensemble cast has been universally praised by critics and audiences, especially the young talent who were previously undiscovered. Meanwhile, veterans Ryder and Harbour, both of whom were already household names before the show, anchored the past two seasons.

Cast shake-ups are also in the horizon for the upcoming season. New actresses will step in to replace the actors who are no longer part of the show, most notably Sean Astin who played Bob Newby in the second season of Stranger Things.

Maya Hawke, daughter of Ethan Hawke and Uma Thurman, will join the cast as a colead, while Priah Ferguson will get a bigger role as a series regular.

The new season will jump a year ahead, partly due to the younger cast who are aging rapidly.

"It will have to be somewhat of a time gap, because the kids are, I mean, they already look so much older," cocreator Ross Duffer tells Yahoo last year. "I remember when we were originally talking about Season 2, we wanted to just start it in Christmas and just go from there, but then we realized the kids are just too old, so we had to jump forward."

There are eight episodes in the works.

While the show is not expected to be released until 2019, the production for Stranger Things season 3 starts on April 23. 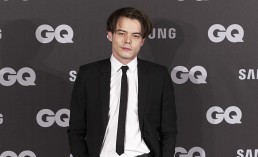 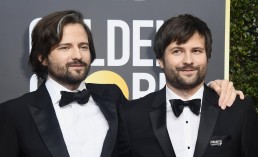 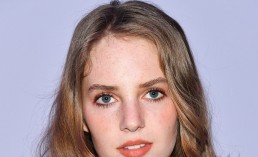