Americans are lucky to have Donald Trump as president of the country, says actress and political activist Roseanne Barr. President Donald Trump and former secretary of state Hillary Clinton are the topics of the remake of 1988 hit Roseanne.

In an interview with ABC's 20/20, Barr discussed the issues surrounding the 2016 presidential election and the current political climate that could impact the show.

Despite consistent attacks against her and her TV persona, Barr remains an avid supporter of the Trump administration. She added that her political activism in real life helps improve her creativity on the show.

"Trump offended half of America and she [Hillary Clinton] offended the other half, so that's great for sitcoms," Barr said, referring to the nation's divide on pro-Trump and pro-Clinton ideals. "We're lucky to have him as a president, it's great for comedy."

Barr explained the fact that President Trump won in the 2016 elections in spite of the political attacks are telling on the voting public.

"I have always ... attempted to portray a realistic portrait of the American people and working class people," said Barr. "And, in fact, it was working class people that elected Trump, so I felt that was very real and something that needed to be discussed."

The Return Of Roseanne Or Not

The 1988 hit TV series Roseanne will make its comeback on ABC, but critics could already be finding ways to shorten its airtime. Barr hinted a central persona will come back from the dead and that there will be a transgender additional character.

Barr's role is an active Trump supporter, much like her in real life. However, it was reported that leftists could use her political inclinations to ax the show.

"There is nothing else like it on television — and Hollywood's content right now is in serious need of some right-of-center voices," Barr said.

Roseanne largely represents the plight of the working class Americans. Those who await the return of the show said Barr's Trump allegiance keeps its authenticity. With Barr showing a different light of the current governance, supporters said it balances public hysteria. 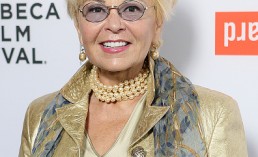 Roseanne Barr Going Blind: TV Star Says Her 'Vision Is Closing In,' Any Word On When This Might Happen? [VIDEO] 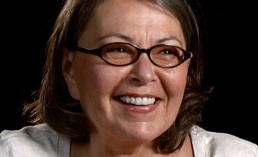