Chip and Joanna Gaines finally drew the curtains on their home improvement show, Fixer Upper, with the series finale on Tuesday, March 3.

During the season finale of the reality series, Chip revealed the importance of magnolia trees and shared a cute story behind their obsession with the plant species.

Chip And Joanna's Obsession With Magnolia

Those who are familiar with the series know that the couple, who is based in Waco, Texas, have a special liking toward magnolia.

Earlier this month, Joanna released a cookbook titled Magnolia Table, and their website address is also a simple magnolia.com. One thing is pretty clear that Chip and Joanna have a thing for magnolia trees. However, nobody knew where this obsession for the tree came from, until now.

The Significance Of Magnolia

A few days ago, People shared an exclusive sneak peak of the season finale, in which, Chip and Joanna finally reveal the significance behind their love for Magnolia.

"You know what's interesting about a magnolia tree?" he asked his kids in the clip. "One of mama and I's first dates I climbed up a magnolia tree and I pulled her off a magnolia bloom and I gave it to her."

"We love magnolia trees," he added. "It really embodies our company. It's basically become our mascot, so every project we do, we try to plant a magnolia tree."

What's Next For Chip And Joanna?

Although the couple bid farewell to their hit HGTV series on Tuesday after five seasons, they aren't going anywhere. Their spinoff web series, Behind the Design, which premieres next Tuesday, April 10, will follow Joanna as she takes viewers behind the scenes of the designs that featured on season 5 of the original series.

The show will comprise of 15 half-hour episodes, and in each episode, Joanna will give an in-depth look at how all the design decisions, details, and decorating come together before the final reveal of each Fixer Upper house.

The mother-of-four, who has a fifth one on the way, also revealed that she's working on another book.

"I am working on finishing up my design book this month!" the 39-year-old wrote on her blog. "My passion is to help people in their own homes — you don't have to be a designer to get it right." 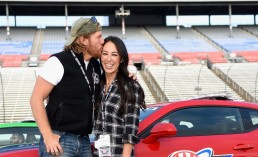 Chip And Joanna Gaines' Baby No. 5 Is A Boy 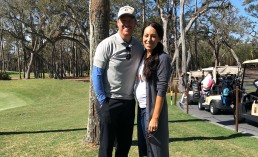 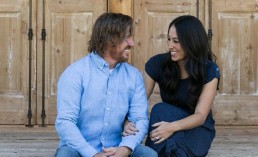