Anne Rice's long-awaited Vampire Chronicles series finds a home at Hulu. The drama has been in development for more than two years.

​Hannibal head honcho Bryan Fuller exited the project six months ago, with his replacement currently being sought. Multiple outlets were reportedly pursuing it, but the home of The Handmaid's Tale has come out victorious in the end.

Fuller signed on as showrunner back in January. He subsequently decided to exit the Paramount Television and Anonymous Content project out of respect for his friends, author Rice and her son, Christopher, who wrote the original script.

Christopher Rice is a four-time New York Times best-selling author and also won the Lambda Literary Award. He is executive producer of the show alongside his mother, with Anonymous Content's David Kanter and Steve Golin also as producers.

Anne Rice took to Facebook to announce the happy news, and tease that there's more to come.

"There will be many more announcements in the weeks to come, but we wanted to bring you this exciting news right away," she wrote to fans.

Her son, meanwhile, took to Twitter to note the connection between the home of The Handmaid's Tale and the hero of his mother's series.

"It should surprise no one that Lestat is a fan of Offred's resilience and resistance. Thrilled to finally announce that THE VAMPIRE CHRONICLES TV series is coming in for a landing at @hulu," he wrote.

Plenty To Work With

Paramount and Anonymous Content optioned the rights to 11 books from the Vampire Chronicles franchise in April of last year. The series is wildly popular worldwide having sold more than 100 million copies across the globe.

Rice's Interview With the Vampire was published in 1976 and adapted into a movie in 1994 starring Tom Cruise, Brad Pitt, a young Kirsten Dunst, and Antonio Banderas. 1988's Queen of the Damned was made into a movie in 2002 starring recording artist Aaliyah, Stuart Townsend, and Vincent Perez.

A reboot was slated a couple years back, with Jared Leto attached to star, but the rights to the series reverted back to Rice in November 2016. She subsequently revealed her plans to produce a television series instead.

The Vampire Chronicles should provide a wealth of material for a TV drama. It stretches all the way back to Interview with the Vampire and follows 18th-century French nobleman named Lestat who becomes a vampire, a rock star, and a world traveler asking philosophical questions about the nature of existence while enjoying a hedonistic lifestyle lasting centuries.

The latest novel in the series, Prince Lestat and the Realms of Atlantis, was published in 2016, while the next, Blood Communion: A Tale of Prince Lestat, is scheduled to hit shelves later this year.

Paramount already has an established relationship with Hulu thanks to George Clooney's limited series, and another novel adaptation, Catch-22, which is currently in production. Paramount TV's scripted roster also includes Netflix's 13 Reasons Why, Amazon's Jack Ryan, TNT's The Alienist, and more.

Alongside the spooky Vampire Chronicles, Hulu also has the Stephen King-inspired Castle Rock series, which drops July 25. The streaming service received a record 27 Primetime Emmy nominations last week, including nods for The Handmaid's Tale, their most lucrative property. 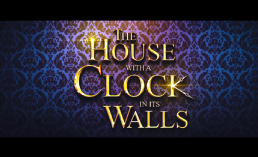 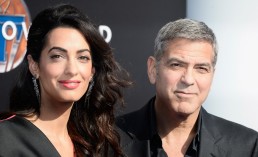 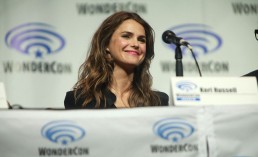 ‘Felicity’ Cast Reunites For 20th Anniversary, Says A Revival Would Be An ‘Injustice’