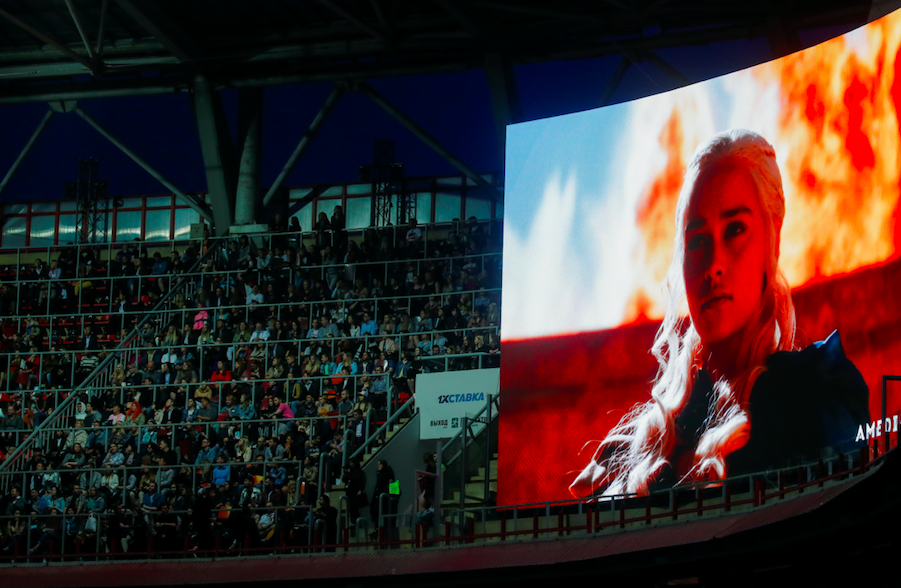 After eight seasons, HBO's "Game of Thrones" finally concluded last May. However, fans were thirsting for more action.

More than 1.7 million people signed a Change.org petition to remake the Season 8 with "competent writers."

Reports surfaced in 2017 that there will be "zero to five" potential spin-off series and at least four of those possible shows are still in development.

Fortunately for fans, the good news has finally come!

HBO confirmed on Tuesday that it had ordered a prequel series. This time, it will tell the story of the House Targaryen, based on George RR Martin's novel, "Fire and Blood."

The Targaryen empire was personified in the show through Daenerys, one of the show's iconic characters who has the exceptional natural capability to tame dragons. She is a successor of the mad Targaryen king.

"House of the Dragon" was announced at an LA launch event for HBO's new streaming platform to compete with Netflix and Hulu, among others -- HBO Max. It is by HBO's parent company, Warner Media.

There are still no additional reports when the series are available for streaming and who will be the cast of the new prequel.

"The Long Night" GOT Prequel = CANCELLED.

The first supposed prequel will not be moving forward at HBO though, according to The Hollywood Reporter.

Jane Goldman, the showrunner of the original GOT, has been reaching out to the cast and crew that worked on the project, informing them it will not move forward due to production abandonment.

The first Game of Thrones prequel series, "The Long Night," which had been given the pilot green light back in June 2018, was set to take place thousands of years before the original. It would highlight the "Age of Heroes."

It was supposed to be set far earlier than Ned Stark days, with a focus on the first battle between man and the first White Walkers. The show would have been set in a time when Westeros was made up of 100 kingdoms.

According to Martin, "If you go back further, then there are nine kingdoms and twelve kingdoms, and eventually, you get back to where there are a hundred kingdoms -- petty kingdoms. And that's the era we're talking about here."

The prequel scripts had already been commissioned by HBO. Still, after lengthy post-production which included re-editing of the initial cut, they have decided to not go forward.

Details of the prequel were kept mostly secret, but author George RR Martin revealed some interesting snippets about what would be showcased.

Showrunners David Benioff and D.B. Weist left HBO for a production deal with Netflix. They also stepped down from the proposed trilogy of Star Wars movies they were supposed to write and direct.

© 2021 ENSTARS, All rights reserved. Do not reproduce without permission.
TAGSGame of Thrones house of the dragon got House of Dragon The Long Night"
SEE COMMENT
CLOSE COMMENT