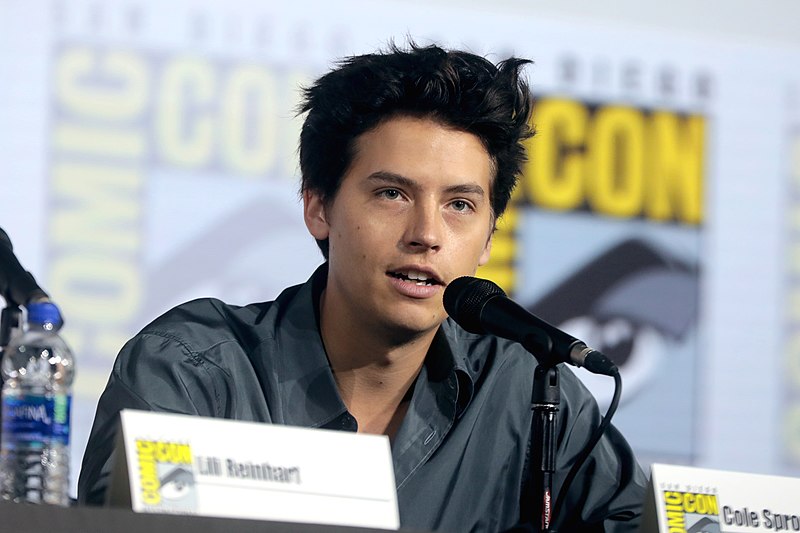 Fans were understandably freaking out after watching the Season 3 finale of "Riverdale," which featured the gang on a flash forward to spring break a year later.

Standing in their underwear were Archie (KJ Apa), Betty (Lili Reinhart) and Veronica (Camila Mendes), all covered in blood as they circled around a fire. Jughead (Cole Sprouse) was M.I.A., but there was a piece of him in Archie's hands -- his signature beanie.

In the scene, Betty declared that they should burn their clothes, including their friend's beanie, and never speak of the "incident" again.

"We finish our senior year, we graduate, and we'll go our separate ways. That is the only way that we won't get caught," Betty said.

Regarding this bloody cliffhanger, "Riverdale" creator and showrunner Roberto Aguirre-Sacasa told Hollywood Reporter that they wanted to build to something in Season 4 -- which is an "unspeakable crime."

Aguirre-Sacasa explained that rather than having something bad happen in the season's final episode, they wanted to flash forward to it. By doing so, the viewers would be wondering how the gang got to that place as they tread through the fourth season.

The showrunner further explained that this unique kind of a cliffhanger was also a way for the creator to challenge himself and his team.

Aside from Jughead, another character has been absent since Luke Perry's final episode: Fred. While his absence wasn't addressed in the season finale, Aguirre-Sacasa assured that Fred's fate would be resolved early in the latest installment of the series.

They wanted to find the best way to handle his character in the show without any rush to squeeze the resolution.

Regarding the latest release, the showrunner said: "I would say that we're really, really leaning into the fact that this is the last year this group of friends, this group of people, might be together. That's the underlying theme, and it's also kind of what senior year is all about."

Basically, the Season 4 is about the huge step of moving from high school to college, saying good bye to high school friends, maturing and becoming more of a young adult.

Jump to the fourth episode of Season 4, "Chapter Sixty-One: Halloween," and Jughead cas be seen seemingly buried alive as a prank perpetrated by his new classmates at Stonewall Prep.

Actually, he was just stuck in a coffin in the middle of the classroom for the whole course of the night.

The following morning, Jughead called Betty and gave her quite an ominous message, saying that if he ever went missing for real, he knows that Betty would be the one to find him.

And then the scene flashed forward to Riverdale coroner's office, with Betty and Jughead's father FP Jones looking at a body under a sheet. The coroner removed the sheet, revealing a gray, cold and lifeless Jughead Jones.

This then leads us back to the question at hand: what is to happen to Cole Sprouse's character?

In an interview with Decider, Aguirre-Sacasa said that they have a couple of options regarding Sprouse's character. He revealed that the said "incident" that was shown in the Season 3 finale would happen halfway through the new season.

"Then we have a couple of options on what happens on the other side of burning the beanie," he said.

Going back to "Chapter Sixty: Dog Day Afternoon." Mysterious VHS tapes were being dropped at the doors of Riverdale households. Something at the scale of secret surveillance would most probably boil down to one thing: blackmailing, or other similarly terrifying tales.

Could it be that Jughead would only be faking his death to throw off the perpetrator of the surveillance tapes?

Another possibility is that Jughead got himself involved in the conspiracy of Stonewall Prep. Over the next episodes, Jughead will be investigating the Baxter Brothers who may or may not have ties with his grandfather. There's also the story of Stonewall Four, who were said to have disappeared without a trace.

Four episodes into the season and we still have a lot of unanswered questions. Would "Riverdale" kill off one of the biggest stars of the series?

Nothing is clear until we could reach at least the midseason. Until then, we can only wait and expect for the worst turn of events. After all, we can't get through this series trying not to get hurt.