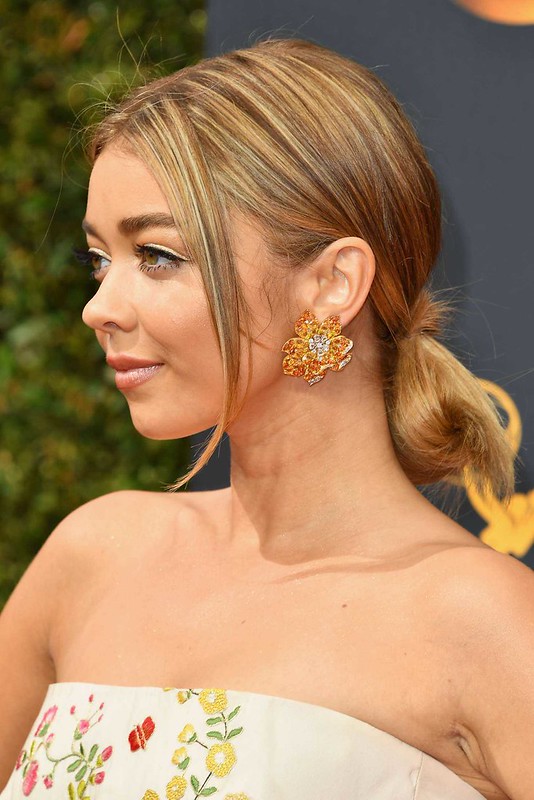 So is Sarah Hyland still in "Modern Family" or not? Fans have been wondering since the actress has evidently become absent from the episodes of the show in the previous as well as in the current season.

Hyland took the time to respond to her fans who have been doubting whether or not she will still return on the family sitcom. Fans thought of the response as throwing shade at "Modern Family" while others found it to be playful.

Why Is Sarah Not On The Show Anymore?

After airing 11 episodes on ABC, the hit comedy capped the final season with one particular actress never being filmed and that is, Sarah Hyland. Her character Haley Dunphy had been pregnant and gave birth to twins--a boy and a girl in the season 10 finale which aired sometime in May 2019.

Dunphy and her husband Dylan, played by Reid Ewing welcomed the twins, who were not featured when Season 11 begun. In this sense, Sarah tried to give light to her clueless fans stating that her character is "apparently busy with the twins" which should explain why she has not been shown in the sitcom.

However, this response from the actress sparked rumors that her character Haley Dunphy is "being done dirty" by the show producers. Fans further assumed that the response is Hyland's attempt to throw shade at "Modern Family." Sarah did not comment yet to the reaction of her fans on her response made via Twitter.

She Is Just As "In The Dark" As Everyone

In the most recent episode of the ABC hit sitcom, the Dunphy family was in attendance at the funeral of Phil's father. However, Haley Dunphy was nowhere to be found in what was supposed to be a crucial event that every member of the family should have joined.

Sarah later revealed on an Instagram Story that she did not know about the passing of her on-screen grandfather until the episode had already aired.

The actress explained that she does not read scripts of "Modern Family" episodes where she does not have a part in. "So I just found out of my on-screen grandpa's dead along with everyone," explained Sarah on her IG story.

Sarah revealed how she was caught off-guard by the character's passing. She also revealed her frustrations at the show saying, "As his granddaughter, you would think that I would be invited to his funeral" implying manipulation of her character in the show.

At the 2020 SAG Awards held on January 19, Sarah revealed that the "Modern Family" final season only has three episodes left to sheat. She added that filming for the show is set to wrap up February of this year.

The actress further revealed about how emotional she feels at the moment with the "Modern Family" coming to a close. She talked about how her hairstylist on the show, Jessica could not stop crying over the news.

However, Hyland stressed that there is still a month left until the final shooting wraps up so she still has time to be with the ones she is close with on the show.