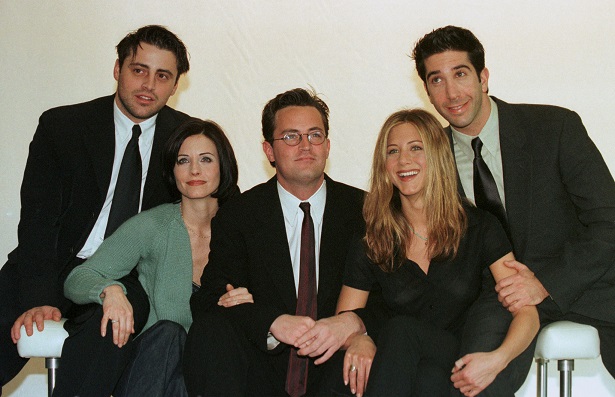 Under normal circumstances, "Friends" fans are probably counting down the days until they see Rachel, Monica, Phoebe, Ross, Chandler, and Joey back in one screen again. The much-awaited "Friends" reunion special is supposed to be out on HBO Max this coming May 27, 2020, but due to the coronavirus global pandemic, fans would have to wait a little longer.

In a recent interview, the former producer and director of the hit 90s sitcom's, Kevin Bright, gave some juicy updates on the postponed reunion which will surely excite the fans.

As much as the team behind the reunion special wanted to fast-track the production, Kevin said that they don't want to end up with a virtual reunion. He also assured fans that the long wait would surely be worth it.

"We're just waiting. We're waiting for a window. We feel the reunion needs to be done in front of an audience. We can't not share it after all this time," Kevin said in an interview with "Better Together."

"We're hoping that the special will be completed by Thanksgiving. And, uh, that the show will be seen on HBOMax at that time."

Kevin also teased that the team compiled fresh behind-the-scene clips from the famous sitcom that the cast could look at during the reunion special.

He shared that it has been a little tough to come up with a fresh approach and pick bloopers and BTS clips. After all, they had to dig through the old dailies ton get something that fans have not yet seen.

Kevin's conversation with host Maria Menounos went beyond the upcoming reunion special as they talked about a possible alternate ending of the show.

In his opinion, Kevin believes that "Friends" should have ventured in another one to two years, which would focus more on Joey Tribianni's character (played by Matt LeBlanc) to find true love and also be married.

However, Kevin's surprising thought would be how Ross Geller (David Schwimmer) and Rachel Green (Jennifer Aniston) would have ended if their characters would get together again after 16 years.

Kevin's theory is that Ross and Rachel would once again be "ON A BREAK" after all these years. It could be recalled that the 10th season ended with Ross and Rachel trying to give their relationship another shot. Rachel, who was bound to get greener pasture in Paris, did not push through her flight and came running back to Ross' arms.

However, for Kevin, even if the duo reunited, they would still be on a break in the real world.

"I would not believe it if all of their marriages are still together. That would not be believable to me. I'm going to say that maybe Ross and Rachel might be on a break!" Kevin revealed.

The director and producer explained that his theory is just base on his personal experience.