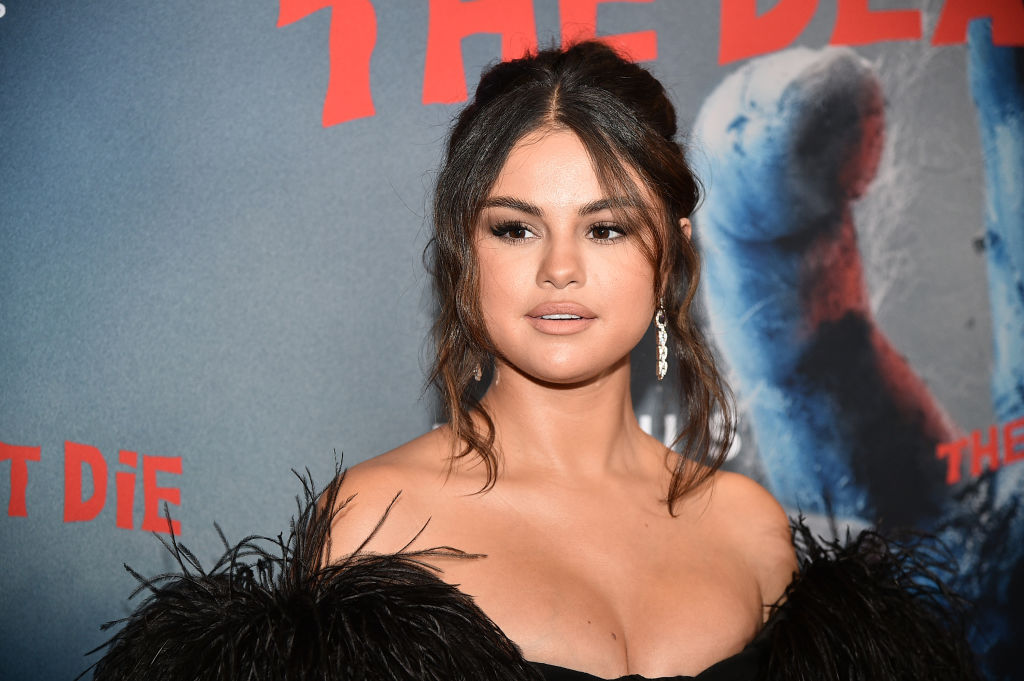 Fans of Selena Gomez are outraged after the reboot of "Saved By the Bell," which featured and mocked several references of the Disney alum's 2017 kidney transplant.

In one scene from the series, two students at the high school, Bayside High, are fighting about who the "Lose You To Love Me" hitmaker's kidney transplant donor was. Gomez said that it was her close friend, Francia Raisa.

One of the characters said in "Saved By the Bell" said, "I know for a fact that Selena Gomez's kidney donor was Justin Bieber's mom. God, I wish that I had my phone so I could prove it."

The other character responded, "Prove what? That you're an idiot. It was Demi Lovato's kidney. They're best friends like you, and I were."

Meanwhile, in another scene, another statement referenced her transplant in one of the walls in the school's hallway.

It wrote, "Does Selena Gomez have a kidney?"

a tv show called "saved by the bell" has "does selena gomez even have a kidney?" written on the wall. this is so disgusting and unnecessary. selena doesn't deserve this.

While the episode was meant to showcase the importance of technology in high school students' personal lives, Gomez's fans didn't land well.

On Saturday, Twitter users expressed their fury and disappointment in the new Peacock series.

Social media users tweeted out, "RESPECT SELENA GOMEZ" in support of their idol. It trended for a few hours.

One of them said, "Making fun of someone's disease will never be funny. Respect Selena Gomez."

Another tweeted, "Saved by the bell, that's disgusting. Selena almost lost her life; jokes about her kidney transplant is NOT FUNNY."

Some even demanded the episode be removed from the platform.

As a result of the backlash following the show's Thanksgiving premiere, Peacock has issued an apology and a donation for Selena Gomez's Lupus research fund.

NBC's streaming platform Peacock said in a statement, "We apologize. It was never our intention to make light of Selena's health."

"We have been in touch with her team and will be donating to her charity, The Selena Gomez Fund for Lupus Research at USC."

There's even a Change.org petition to cancel the "Saved By the Bell" with now over 5,000 signatures.

The petition reads, "Lupus is a disease that affects over 5 million people all over the world and almost took Selena's life. Making fun of such a serious disease and something that affects the lives of millions of people deeply is disgusting and not at all acceptable."

"This represents the total unprofessionalism and lack of human empathy of this show, its writers, and its creators, and it should be taking off the air immediately."

Selena Gomez opened up about her kidney transplant in 2017 after revealing she underwent a secret surgery after Lupus, an autoimmune disorder, impaired her kidneys.

She was diagnosed with the disease in 2012 despite rarely missing a beat in her fast-paced lifestyle.

Despite suffering from pain and anxiety, Gomez continued to perform, make new albums, and act in movies.

Speaking to TODAY at that time, she revealed how she would get fevers and headaches but just kept going.

"I kind of ignored it, to be honest, because it wasn't something that I wanted to accept."

Gomez and her organ donor Francia Raisa are still friends up to this day despite the rumors they had a falling out.