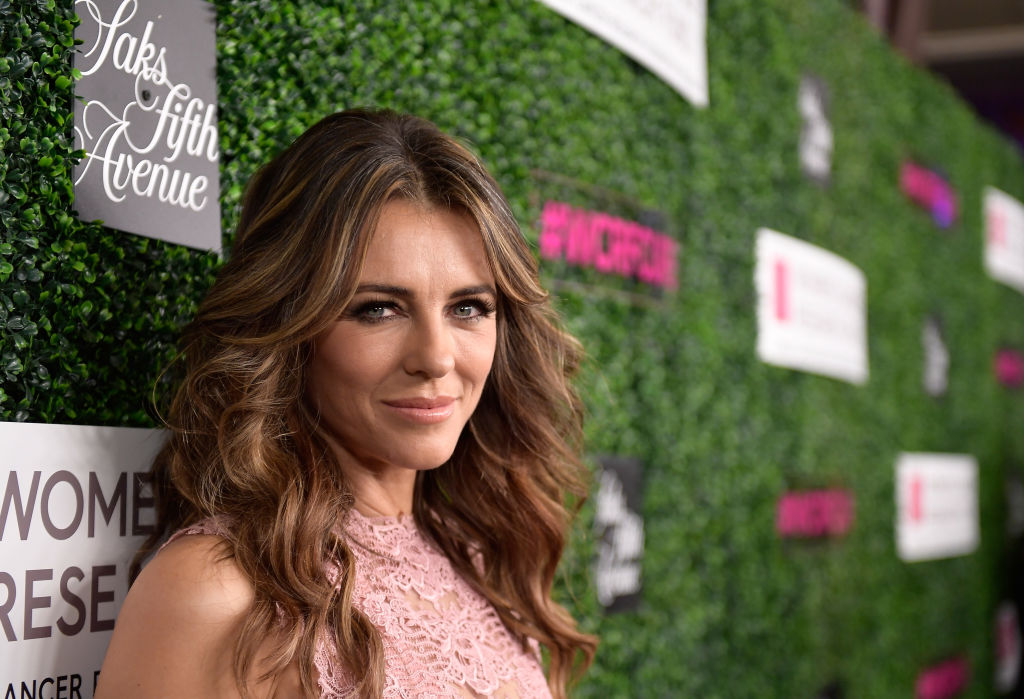 Elizabeth Hurley posted a nude photo of herself while dismissing claims that she and her son Damian will be filming a reality show.

On Sunday, the 55-year-old model followed the post with an entirely nude photo to ensure she had the full attention of her two million Instagram followers.

The Royals star covered her pride by strategically posing on hay bales, throwing her arms around her thighs and pulling them close to her shoulders.

'Hear it from the horse's muzzle, my son @damianhurley1 and I are most likely NOT trying to film a 'Waltons-style reality TV show' at home,' the model wrote alongside the naked snap.

'I mean!! Whoever the 'friend' (or bored journalist) is, who's leaking these fictional tidbits, you are ridiculous'.

Her denial came after The Sun reported that she and son Damian were planning to film their own 'at home in the country' series at their £6 million 13-bedroom estate in Herefordshire.

Most of the reactions were positive as users appreciate the actress' ageless beauty.

"Wow beautifuls legs and feet," said the other.

Other users however were unrestrained to ask naughty questions.

"Seriously, how do they even make this sh*t up, great pic"

Another asked "Did your son take the picture?"

READ MORE: Elizabeth Hurley's Nephew Who Was 'Viciously Stabbed' Is Recovering, But 'Remains In Great Pain'