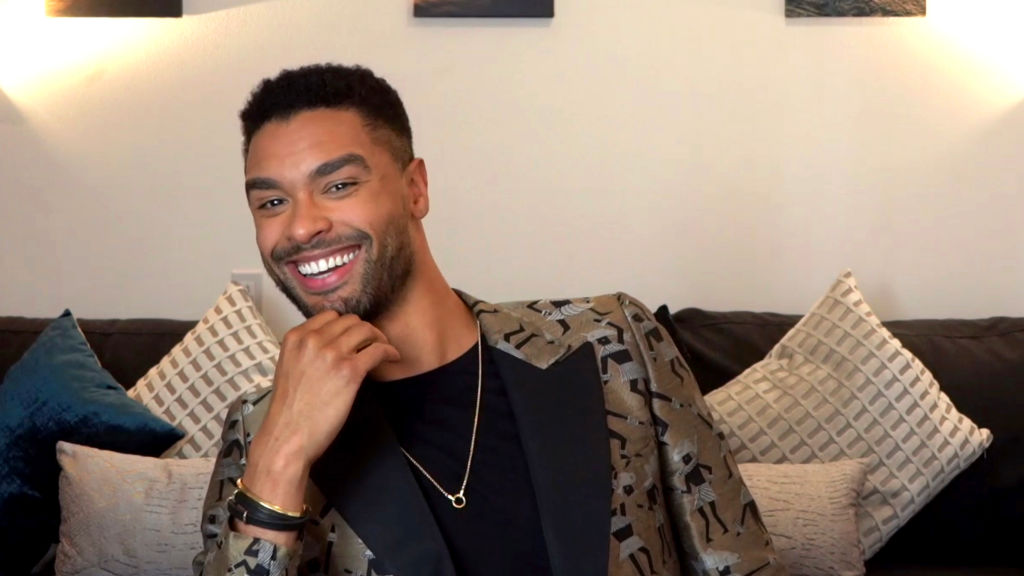 ad news for "Bridgerton" fans - Regé-Jean Page is reportedly not returning for season 2 of the hit Netflix series.

Page became a global heartthrob playing the role of Simon Basset, the Duke of Hastings.

In typical "Bridgerton" fashion, news of his departure by revealed by none other than the mysterious Lady Whistledown.

Her note was posted on the show's official Twitter account, which read, "Your Grace, it has been a pleasure."

Your Grace, it has been a pleasure. 💜🐝 pic.twitter.com/kX1nIG8pz7

Page responded to the post, saying, "Pleasure and privilege. An honor to be a member of the family - on and off screen, cast, crew and incredible fans - the love is real and will just keep growing."

Regé-Jean Page had only signed on to be part of season one, and the plan was always for the Duke of Hastings to do only the first season, as based on the first "Bridgerton" book also titled "The Duke and I.

Though his character will be referenced on the show moving forward, several news outlets revealed he would not be making an appearance.

As part of the "Bridgerton" family, Phoebe Dynevor, who plays Daphne Bridgerton and the Duke of Hasting's love interest, will continue to be a part of the series, as confirmed by Lady Whistledown as well.

While the leading breakout man will be out of everyone's current favorite TV show, it's not like Regé-Jean Page will be gone from the screens completely.

READ ALSO: Bridgerton Review: What Made It the Biggest Netflix Series Ever?

Here are some Regé-Jean Page's upcoming shows and movies.

Last month,Variety confirmed that Page would be joining the "Dungeons & Dragons" movie.

This is an adaptation of Hasbro's game franchise and will include other A-list stars, including Chris Pine, Michelle Rodriguez, and Justice Smith.

According to reports, the film will have a May 2022 release.

It's no surprise that as soon as reports revealed "Bridgerton" was streamed on 82 million households in its first month, Netflix is confident to cast Regé-Jean Page in another project and, this time, will be joined by current big movie stars.

Page will be part of "The Gray Man" alongside Ryan Gosling, Chris Evans, and Ana de Armas for a new spy movie that is reportedly going to rival "James Bond."

The movie is still in production, and there is no release date yet.

Though it's not yet confirmed, Regé-Page Jean addressed the rumors that he's in the running to play James Bond once Daniel Craig retires from the role.

Now Showing: Regé-Jean Page on For the People

Page previously starred in Shonda Rhimes-produced ABC show "For the People," which ran for two seasons.

He played as a young Assistant US Attorney.

Episodes of the series are available for purchase on iTunes, YouTube, and Amazon Prime Video.

When "Bridgerton" dropped on Netflix on Christmas day, his most recent film "Sylvie's Love" also debuted on Amazon Prime Video.

Page plays a supporting character to lead stars Tessa Thompson and Nnamdi Asomugha as the drummer in Asomugha's jazz band.

Regé-Jean Page made his American debut in History channel's 2016 remake of "Roots."

He played Chicken George in the limited series with A-list co-stars such as Laurence Fishburne, Forest Whitaker, and Anika Noni Rose.

READ MORE: 'Bridgerton' Cast Furious and Horrified After Intimate Scenes Made it to Obscene Websites

Where to watch Regé-Jean Page next? (Getty Images/Getty Images for NAACP Image Award)