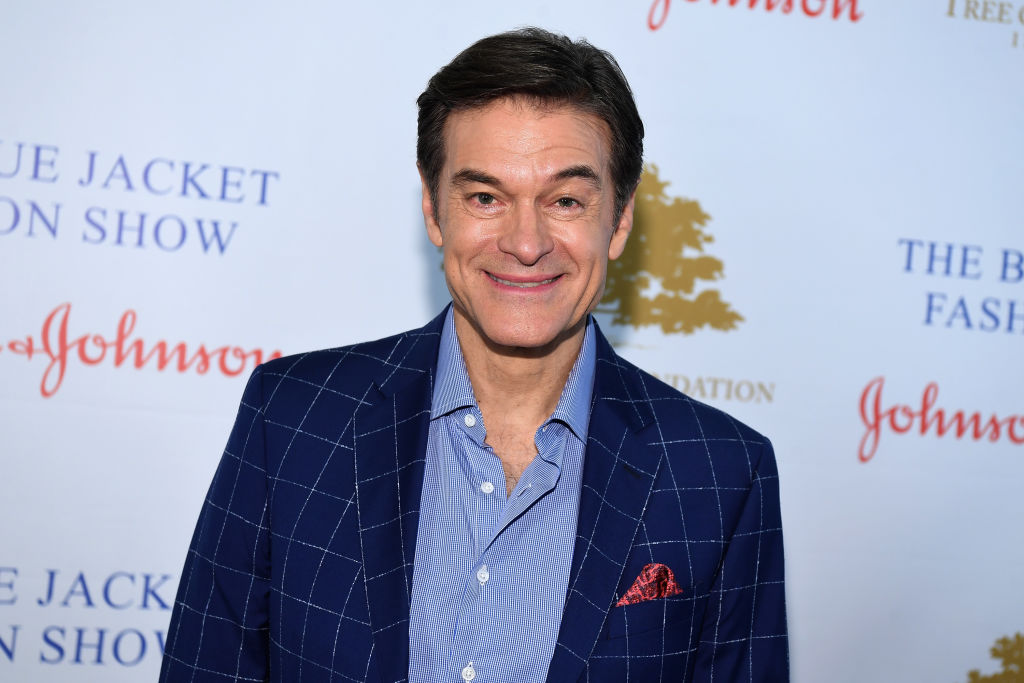 Dr. Oz, who recently became the guest host of "Jeopardy!", has been accused of making fun of one of the contestants.

Unfortunately, the TV personality was hit by karma after it.

Emily Seaman told The Ringer that she doesn't believe that Dr. Oz, who was the guest host from Mar. 22 to Apr. 2, even liked "Jeopardy!"

She told the outlet, "It was just odd."

Seaman, who works as a law clerk in a federal Texas court, stated that she overheard the 60-year-old controversial guest host making fun of her when she wasn't able to answer a question after playing through the entire category.

She claimed, "I heard him making fun of it to one of the producers. Like, 'I can't believe they didn't get this one.'"

Her response to the doctor's alleged cruel punch in the gut was, "I was like, like, 'Cool, bro - let's see you do this.'"

But then in the "Final Jeopardy!" round one, one of Seaman's two games, Seaman claimed that Dr. Oz was suddenly hit by karma.

The medical practitioner reportedly struggled to pronounce the title of the category "Antidisestablishmentarianism."

Seaman told the outlet, "He just couldn't get it," even adding how Dr. Oz had to re-record the segment more than five times because of the mispronunciation of the word.

She said, "And more than that he couldn't get it, he didn't know when he hadn't gotten it."

"So it kind of seemed like the producers were like, 'Are you gonna tell him that we've done this six times and he didn't get it?'"

She also shared how the audience, who was made up of upcoming "Jeopardy!" contestants due to COVID-19 restrictions, were heard saying, "'That's not how you say that.'"

Emily Seaman was supposed to compete on the show in April 2020 with Alex Trebek was the original host.

However, her appearance was postponed until last month because of the pandemic.

Seaman also slammed Oz, saying, "How dare you stand where he stood?" a reference to "Harry Potter" where Snape took over Dumbledore.

She also revealed that despite learning Dr. Oz was the host when she gets on the show, she refused to abandon her dreams of being part of "Jeopardy!"

"You're not getting a call back if you do that. You walk out of there and that's your one chance."

READ ALSO: Madonna's Daughter Strikes A Pose With Armpit Hair On Display: 5 Other Stars Who Embrace The New Feminist Revolution

Dr. Mehmet Oz is only one of the many celebrities who were tapped to guest host on "Jeopardy!" after Alex Trebek died of pancreatic cancer last November.

While some guest hosts were met with positive response, the health expert was slammed after it was announced that he was part of the roster.

Former contestants and winners of "Jeopardy!" wrote a letter to the show claiming that Dr. Oz is not a good fit for the job.

This is due to the doctor's long-standing reputation for touting pseudo-science.

Aaron Rodgers became the next guest host after Dr. Oz and there will be a few more celebrities with short stints on the show.

As per the New York Post, Rodgers and Ken Jennings are being short-listed to be the show's permanent master of ceremonies and it will be announced just ahead of the 38thseason of "Jeopardy!"