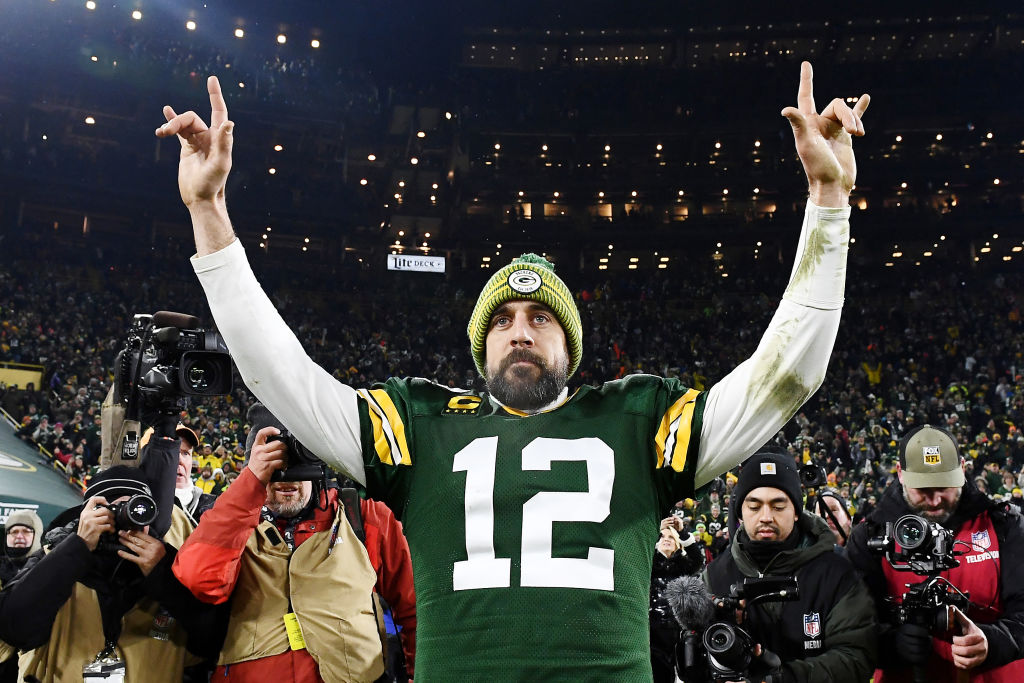 "Jeopardy!" executive producer has something to say about Aaron Rodgers' hosting performance on the game show.

Since Rodgers took over the hosting spot, he received mixed reactions from viewers especially after he expressed his desire to become a permanent host.

Amid all those comments, executive producer Mike Richards - who also previously hosted the show - said something about Rodgers' performance, as well.

In an interview with Claire McNear of The Ringer, Richards said that the NFL player came in "unbelievably prepared." He applauded how the football quarterback saw the game show as a football field and did his best to deliver the best service.

"He watched a ton of episodes and he came in with questions like, 'Now if this happens, how do I deal with it?' And I was like, 'Well, that doesn't really happen.' And he said, 'I saw one! I want to know because I want to be prepared,'" the executive producer recalled.

It is not surprising if a guest host experienced a heavy responsibility at the start of the show, and the same thing happened to Rodgers.

Though Richards acknowledged Rodgers' performance, he also noted that everyone noticed how nervous the football star was.

In a separate interview with NBC Sports, he revealed that Rodgers' voice improved during his second show. This indicated that he was quite nervous in his first stint.

"You can see, even with the second show, his voice got better, his command got better, he started to enjoy it and have fun. But the truth is, you never truly relax," he said.

The executive producer's comment came after he told NBC Sports' Peter King that the Green Bay Packers quarterback could host the show once he retires from his football career.

However, he already has competitors.

The creator Joshua Sanders addressed their wishes to Sony Pictures Entertainment and the show's executives, Richards, and Harry Friedman.

As of the writing, there is no confirmatory news on who would be the next permanent host after Alex Trebek's death.