The 'Big Mouth' Season 5 Trailer Just Dropped and SO MUCH IS GOING ON. Allow Us To Break It Down

It seems like every single season of Netflix's adult animated series Big Mouth ends on a bigger cliffhanger, and every trailer for the next season pulls you back in in an even more dramatic way than the last.

Season 4 saw our motley group of middle schoolers dealing with problems in their own heads, from depression to anxiety to egomania - but it also gave us a hint of something we all knew was coming; something that is back in spades for Season 5.

"Love is in the air at Bridgeton Middle" 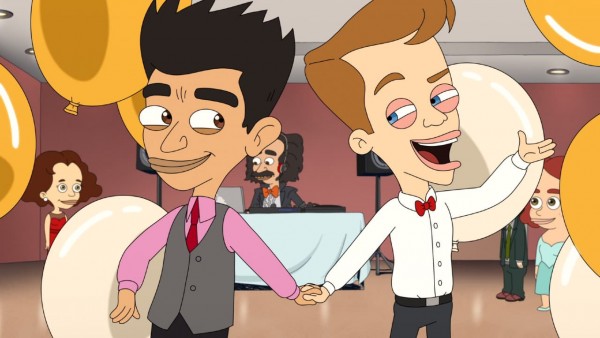 Jay (Jason Mantzoukas) and Lola (Nick Kroll) briefly became something of a power couple midseason last year, unwittingly forming one of the weirdest yet strangely healthiest bonds on the show for a very brief time before some insecurity met with bad advice broke them up.

This season we're seeing the kids, now more confident in themselves, all begin focusing on relationships with one another. With the introduction of new hormone monsters, like the love bug and the hate worm, it's very clear that this season is going to have all of the painful, bombastic drama you can expect from adolescent love - including, of course, the infamous love triangle.

The triangles promised in the trailer aren't the ones that you're used to seeing, either. It's not "two guys like one girl" or "two girls like one guy." It's 2021: they're much gayer than that.

The first of the two triangles brings back a relationship from Season 1: Nick "has it bad for Jessi," and this time it's for real. The love bug shows up early on in the trailer to tell him that he's head over heels for his friend - but a clip of Jessi (Jessica Cobain) dancing with (and KISSING!) Ali (Ali Wong), the pansexual character that was introduced at the end of Season 3, complicates things.

Meanwhile, the business between Jay and Lola from the end of last season is clearly not over - and the business between Matthew (Andrew Rannells) and Jay from Season 2 is back. One clip shows Matthew removing a suit jacket and asking himself, "Am I really gonna fight Lola for Jay?"

(The quick cut to said pair of exes screaming that they hate each other promises that this is going to be the more insane, comedic love triangle of the two.)

The trailer promises a crazy season full of all the pitfalls and perils of middle school relationships in general, and there's just enough to make predictions about where those things are gonna go. So without further ado, here are some things that will probably happen in Season 5. 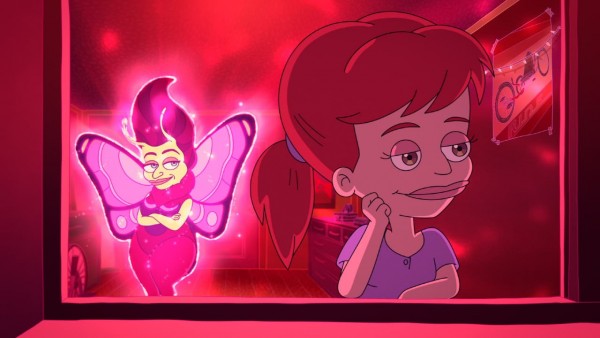 There's a clip in the trailer of the Love Bug saying to Jessi: "You LOVE her, honey," gesturing to Ali. Connie (Maya Rudolph) appears and enthusiastically jumps into the air towards them, saying "Hey guys, I want to be part of this too!" but she falls and slams onto the ground instead.

This might be a stretch, but given all the trouble Jessi had to access her sexuality in the first season, and how little it's been touched on since, that Season 5 may see her deal with a disconnect between her romantic feelings and her sexual feelings - which could be a bridge into talking about the asexuality spectrum, sexual performance anxiety, or both.

Andrew's minimal involvement in the plots mentioned in the trailer is mainly a confirmation of something we already kind of knew: The John Mulaney character probably will not be featured very prominently in this season. This is unsurprising, given that while it was recording he underwent a divorce and two stints in rehab, found out he was going to be a father and began formulating a new show, which he is currently on tour with.

That said, there is one very sweet clip of him wearing a Christmas sweater kissing a girl we don't know, so maybe he'll finally catch a break in his love life.

Jay and Lola will get back together at some point...but so will Matthew and Jay 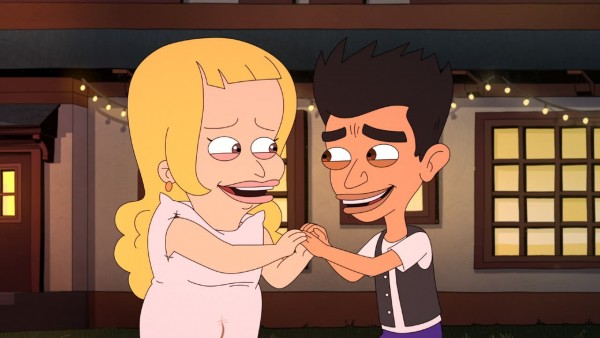 There's a very short clip of Jay and Lola kissing in Nick's attic (with her wearing glasses, for some reason, but I have no predictions for that) that indicates that the firecracker pairing will have at least one last hurrah, if not more. You can also just barely see, in the clip where Matthew is removing his jacket to fight Lola, that she's speaking to Jay with a microphone, probably in some grand romantic gesture.

Right afterward though, there's a clip of Jay and Matthew, both jacketless, kissing on the dance floor, so that romantic gesture is probably short-lived.

The clip of them screaming "I HATE YOU" at each other that plays right after is more backing for this prediction - and the fact that Lola is dressed up as one of Jay's pillows, suggestively placed slit and all, says she was so desperate to get him back that she either murdered one of his strangely sentient...toys...or went as one for Halloween to get his attention (or maybe even just on a random Tuesday, who knows, it's Lola.)

Given how much trouble Andrew has gotten himself into in the past couple of seasons, the fact that his character isn't featured might be a good thing for him. Plus, Missy (Ayo Edebiri, formerly Jenny Slate) clearly has enough going on without adding her ex to the mix: She's still figuring out who she is, and what's she's attracted to, and apparently Nathan Fillion isn't doing it for her anymore - but a well-placed clip of DeVon (Jak Knight) dancing shows us what is. If Missy is after the popular girl's ex, she doesn't need anything else on her plate; Devin (June Diane Raphael) will see to it that she's got plenty, especially with her bff/flunkie Lola otherwise occupied. 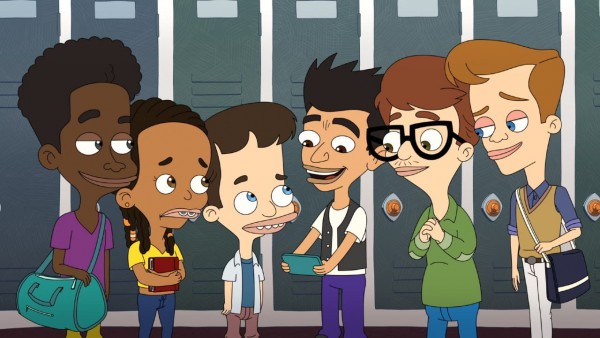 A few clips of Nick and Missy together suggest a burgeoning camaraderie between the two, especially the ones where they're pictured in angsty punk getups sing-screaming to the sky together, or the first one where they do a kind of butt-bump secret handshake.

It's nice to see a partners-in-crime thing between Missy and a guy on this show that she's not dating - although there's evidence to suggest that this will actually form a third love triangle, too. There's a very quick flash where you see Devon punch Nick in the face, and a few others where you see him all bandaged up, and in the clip where he gets punched he's wearing the same punk outfit, he was when singing with Missy.

It's also worth remembering that they definitely kissed right before the end of the last school year. The summer may have cooled things down, but whether they'll begin to heat up again this season is really anyone's guess.

Either way, while the rage seems like it's at an all-time high for all these students, Nick and Missy's clips all seem extra-amped.

There's probably going to be another superpowers episode

"Supermouth," the Season 3 episode where a freak storm gives everyone superpowers right before graduation, might be getting a thematic reprise. There are several instances where we see the kids transform in some fantastical way, like when Missy turns into Medusa and Jessi turns into the Hulk.

Jessi's eyes also glow green when this happens, and there are other points in the trailer where this happens to other kids - Nick's are doing it at the dinner table in one clip, and in another Matthew's are doing it as he floats in the air and lets out what appears to be some kind of sonic boom. There's also a moment when Devon punches Nick where all the other students disappear in a flash, seemingly blown away by the impact. My bet? They're all from the same episode.

There's also another one where they go into Hormone Land 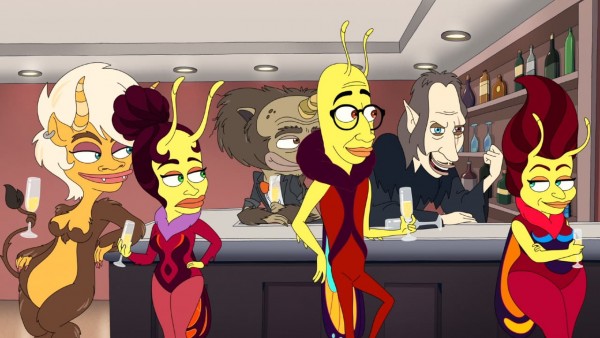 We've seen the kids go into the land where all their hormone monsters come from before, at the end of Season 1. We've been back there since, but the kids haven't - but it's not surprising that there's a clip in this trailer of Nick going there to complain.

On a story level, of course, he is, because he's been through a plethora of shitty hormone monsters at this point, but they're also probably throwing it in to get people excited for the spin-off series Human Resources, another adult cartoon that follows what ELSE goes on in that wild world where Maury, Connie, and all the rest of them live.

That's all my predictions - we'll see if they come true when Big Mouth Season 5 comes to Netflix on November 5.

Drawing from the playbook of shows like Community, Big Mouth is doing a Christmas special this time, complete with stop-motion animated versions of all the characters. We don't know if it will release with the rest of the show or at a later date, but the stylistic choice is very cool and it'll be very interesting to see what they do with it.

Every season, not only does the cast of Nick Kroll and Andrew Goldberg's hilarious Netflix show 'Big Mouth' get bigger, it also gets gayer.

This is so hilarious!