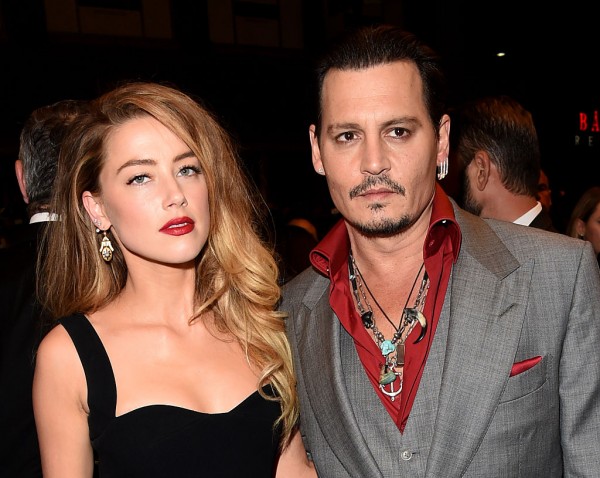 Discovery+ just announced that they're making a documentary detailing the explosive downfall of Johnny Depp and Amber Heard's marriage. Titled "Johnny Vs Amber," the documentary will have two parts, with Depp starting out the doc with his viewpoint before the POV switches to Amber for the second half.

According to Deadline, Johnny's half of the documentary details "how he felt he was married to a Machiavellian liar who would stop at nothing to protect her image," while Heard's half describes "how the actress married the man of her dreams only to see him turn into a violent drug-fueled monster." To provide viewers with context, the documentary also contains interviews with lawyers, people close to the actors, and "extensive archive and audio footage."

Before their relationship fell apart in front of the whole world to see and before the pair's allegations against each other became constant tabloid fodder, Depp and Heard met in in 2009 on the set of "The Rum Diary," before marrying in 2015 in a private ceremony. A year later, Heard files for divorce from Depp, accusing him of physical abuse and setting into motion a back and forth in the courts and in the papers that put on display a relationship falling spectacularly apart.

While Nick Hornby, one of the executive producers of "Johnny Vs Amber," claims that the documentary will help audiences "better understand the hugely important issue of domestic violence," we can't help but wonder how much of this documentary's release will actually be in support of the worthy cause of raising domestic violence awareness and how much of it is just a continuation of the ugly divorce saga that has affected both actors' careers, reputations, and legacies.

For more entertainment news and commentary, please follow Enstarz! We give you the latest on your favorite celebrities, TV shows, and films.

Tags: Johnny Depp Amber Heard discovery Johnny Vs Amber
© 2021 EnStars.com All rights reserved. Do not reproduce without permission.
Most Popular
You May Also Like

Johnny Depp has been called a wife-beater again - but the actor somewhat got out of the canceled list after reaching a new milestone.

Amber Heard reportedly wanted to bring down Johnny Depp ever since he became one of the highest-paid actors in the US, fans assumed.

Amber Heard might be the one to face jail time soon ahead of her defamation trial with Johnny Depp.

Johnny Depp acquired the famous "Pirates of the Caribbean" island, but the actor did not purchase it for himself.

Johnny Depp received massive support from his former co-star amid his legal battle against Amber Heard.

Johnny Depp is no longer with Disney, and it gave to Dwayne Johnson to rule over the company with his "Jungle Cruise" franchise.

In his legal struggle with Amber Heard, Johnny Depp was able to score a minor triumph.

'Pirates of the Caribbean' Will NOT Happen Without Johnny Depp, Kevin McNally Pledges

"Pirates of the Caribbean" would not happen without Johnny Depp as Captain Jack Sparrow on board, the actor's co-star said.