"Grand Crew" centers around a group of friends navigating life and love in Los Angeles. Every evening, the friends gather at a wine bar, where they unwind and unpack what's happening. According to NBC, the friend group includes "Noah, a hopeless romantic too eager to settle down; Nicky, a go-getter in real estate who's adventurous in romance; Sherm, a low-key genius who plays the dating odds; Anthony, whose true love is his career; Wyatt, who's relieved to be married and out of the dating scene; and Fay, who's recently divorced and looking to start fresh in LA." 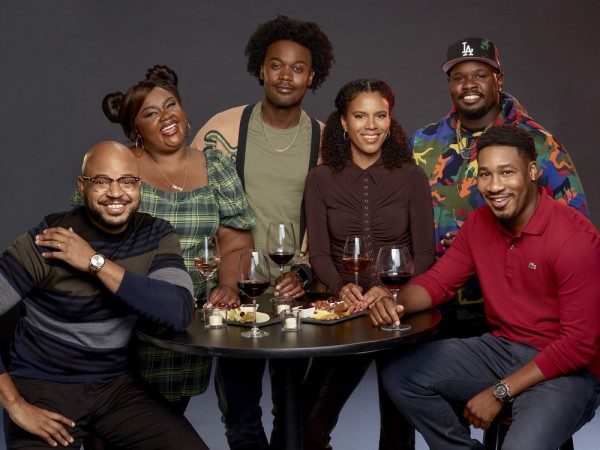 With such a premise, comparisons to previous NBC favorite "Friends" are inevitable. With a charming ensemble cast, "Friends" was a sitcom and cultural phenomenon that was beamed directly into American living rooms, inspiring everything from haircuts to Central Perk coffee shops. Hopefully, "Grand Crew" will also capture a similar cultural wave as audiences fall in love with their new TV crew. Be sure to keep a lookout for this show this holiday season!

For more entertainment news and commentary, please follow Enstarz! We bring you the latest on your favorite celebrities, TV shows, and films.

Tags: nbc Grand Crew Phil Augusta Jackson Dan Goor
© 2021 EnStars.com All rights reserved. Do not reproduce without permission.
Most Popular
You May Also Like

Grab Your Tissues! 'This is Us' Gears Up for Final Season Release By Dropping Photos of the Big Three

NBC released the first photos from the final season of their hit show, "This is Us." As with previous seasons, the final season is set to debut on the day of Randall, Kate, and Kevin's birthday, January 4, 2021 at 9:00 pm ET/PT. Released through Entertainment Weekly, the photos show the Big Three as they celebrate their 41st birthday, and photos from a flashback to the 80's with Rebecca and Jack taking care of their three kids.

Willard Scott Cause of Death: 'Today' Weatherman Dead At His Virginia Farm

Willard Scott, a longtime "TODAY" weatherman, has died at his farm in Virginia, Al Roker confirmed.

Even though 'Manifest' was cancelled by NBC and Netflix initially turned down to revive the show, fans can expect a new light of hope coming their way.

Sources speculated that Montana's strained working relationship with on-screen partner Christina Hendricks, who played Beth, may have been a factor for him to be less willing to join the series.

NBC cancels yet another series, "Good Girls," starring Christina Hendricks, Retta, and Mae Whitman, after abruptly taking down some of its shows recently.

NBC Cancels 'Manifest' Series Despite Being Number 1 On Netflix

NBC has decided not to renew the series "Manifest" after its 3rd season even though it achieved its three-day reign as one of the top 10 Netflix shows this week.

Tom Cruise is among the celebrities who protested against HFPA, the actor recently returned his three Golden Globes trophies and it sparked mixed reactions from Twitter users.

Bill Burr, Issa Rae Will Finally Host SNL! What's Will Be In Store For October?

Rae and Burr will host the iconic Saturday Night Live with Justin Bieber as their musical guest.