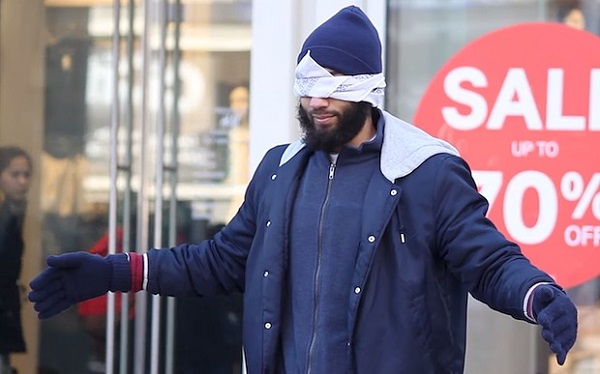 Days after the dreadful Paris attack, a Muslim man stood blind folded in a mourning site at Place de la Republique in France's capital city. Not only that, but what the Muslim did was amazing - he had a message for everyone who passed by:


"I'm a Muslim, but I'm told that I'm a terrorist and I trust you, do you trust me? If yes, hug me," were written on the signs with him.

One by one, mourners gave the man a hug and some of them were even tearful. When the man removed his blindfold, he touched more hearts by saying, "I want to tell you that 'Muslim' doesn't necessarily mean 'terrorist'. A terrorist is someone who is willing to kill another human being over nothing. A Muslim would never do that. Our religion forbids it."

This social experiment done by this unknown man did not only touch the hearts of people, but it also cut through the religious tensions that is present nowadays.