One thing we know about Samsung is that it listens to the consumer. The Korean electronics giant is committed to providing mobile device users with what they look for in a phone. According to a new report in Forbes, the upcoming Samsung Galaxy S7 could arrive on retail shelves in 2016 with the return of the beloved microSD slot as a key hardware component.

Despite being a fundamental feature in Samsung's S series up through the Galaxy S5, the microSD expansion slot was abruptly discarded. Samsung stripped microSD support from the Galaxy S6 and Galaxy 6 Edge released in March 2015. The sames goes for both larger sibling phablets, the Galaxy S6+ Edge and Galaxy Note 5 released in August.

Samsung's move to kill the expandable memory card slot was accompanied by a decision to also seal the battery inside the phone. Having no option to expand the handset's storage or remove its battery did not bode well with some. This, along with overall production issues, may have attributed to the less-than-warm reception of the S6 flagship.

If the leaks about the reintegration of the microSD card slot with the new Galaxy S7 prove true, Samsung is off to a good start meeting the demands of the public and could possibly restore its declining sales. Rumors suggest the phone will feature a 5.2-inch display, USB-C support and an Exynos 8890 or a Qualcomm Snapdragon 820 CPU. Unfortunately, nothing indicates whether the removable battery will be in tow with the alleged return of the microSD slot or not. As with all leaks and rumors, purported Samsung Galaxy S7 whispers should be taken with a proverbial grain of salt. 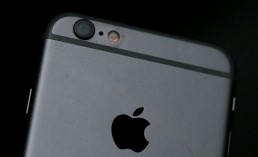