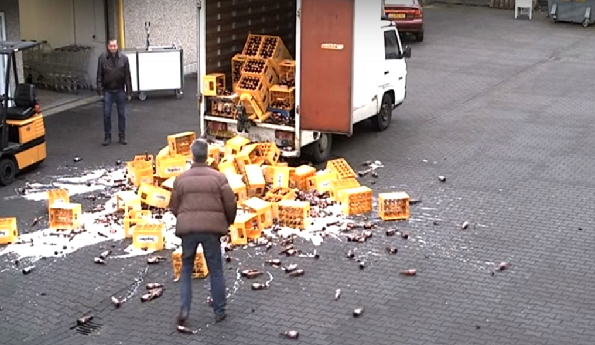 The holiday season is the best time to sample some pretty interesting and creative brews. It's the time of year when brewers around the world create special beers for a limited time only. But how will you react seeing a massive beer spillage?

The video below shows that the two workers attempted to lift a huge case of beer when suddenly they dropped the whole thing - leaving the beverages to smash all over the floor. The other worker did the loudest foot stomp ever﻿, showing some regrets.

Oh well. The ground is going to have such a bad hangover tomorrow, that's for sure.