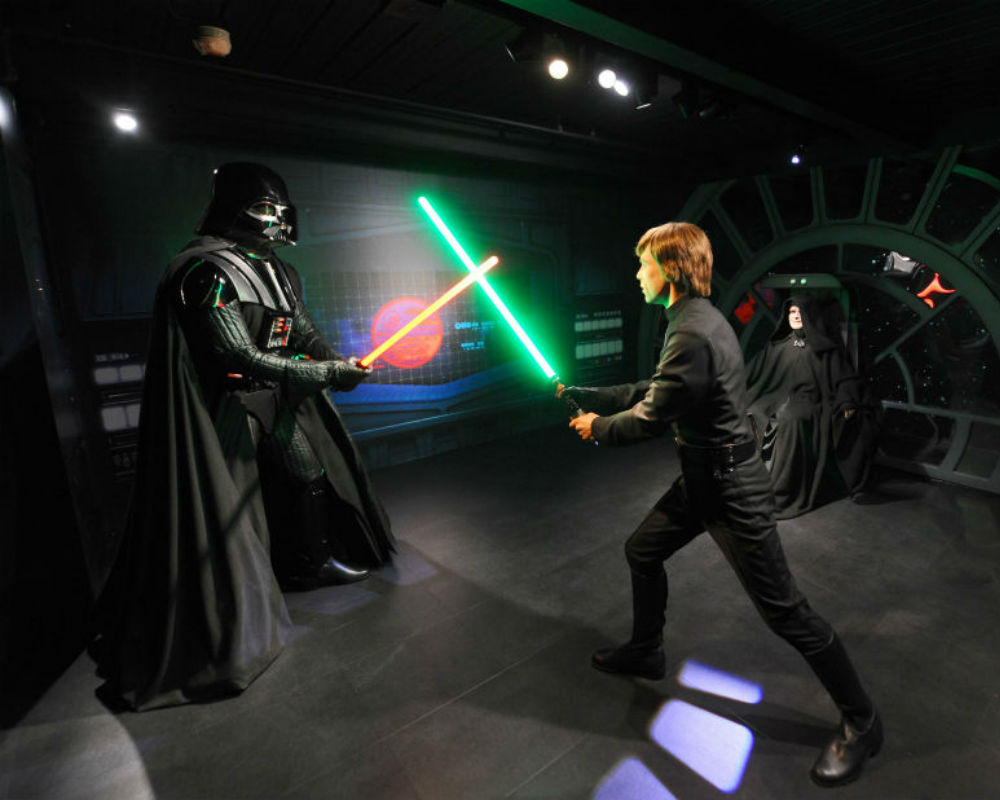 Hello from the dark side! Adele's power ballad has been given an intergalactic makeover by YouTube user RoyishGoodLooks.

The internet went wild when Adele released her comeback single "Hello." Aside from Miss Piggy parodying the power ballad, Lionel Richie making memes about it and some spoof scenes circulating online, it looks like Adele has got herself another deep competition.
The seventh installment in the franchise is only 2 weeks away and the craze has already gone way too far that someone with a dark past from far far away, has made a new cover of the hit song.

The powerful Darth Vader shows his own rendition of the hit track and it's every bit as angst-ridden as you'd expect it to be, detailing his battle with the Rebel Alliance.

Instead of the heartbreak of a failed relationship, the lyrics reflect the Dark Side's evil plans to dominate the galaxy. I'm now very excited of the film's release ever since I heard Darth Vader's own version of the song.

Check out the video below as Vader releases his powerful darkside ballad.