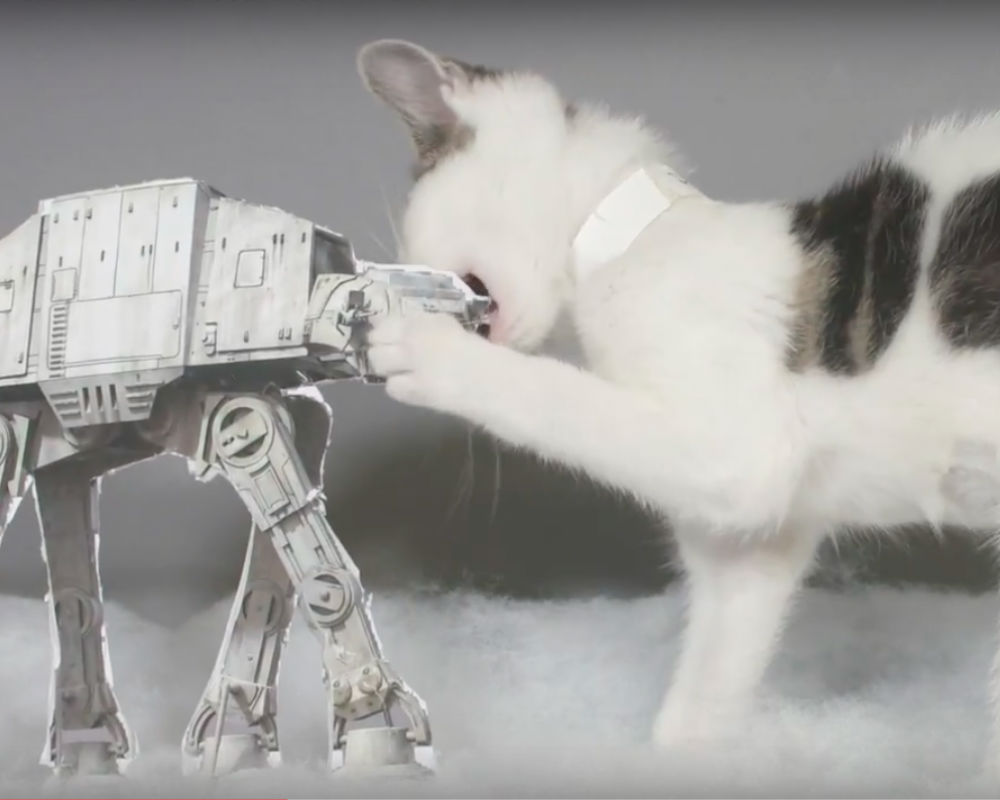 It seems that almost everyone are hyped for the upcoming Star Wars: The Force Awakens. Even these adorable kittens have joined the bandwagon when they reenacted the original trilogy of the famous space opera franchise.

In the video, the shelter kittens named Daffodil and Lady Bug effectively recreated the "Star Wars" saga, from the epic battle of Obi-Wan Kenobi and Darth Vader to the destruction of Galactic Empire's Death Star II. These felines were so powerful because the mighty AT-AT walkers were no match for them. However, their best trait could be their Jedi meow tricks because they impressively handled the famed lightsabers.

You might say that Daffodil and Lady Bug are strong with the Force, which could be even stronger than Darth Vader and Luke Skywalker. Maybe this would be enough for you to adopt these two wonderful cats.

If you are interested in adopting Daffodil, Lady Bug, and other adorable shelter pets, visit the ASPCA.

Watch their entertaining video below.