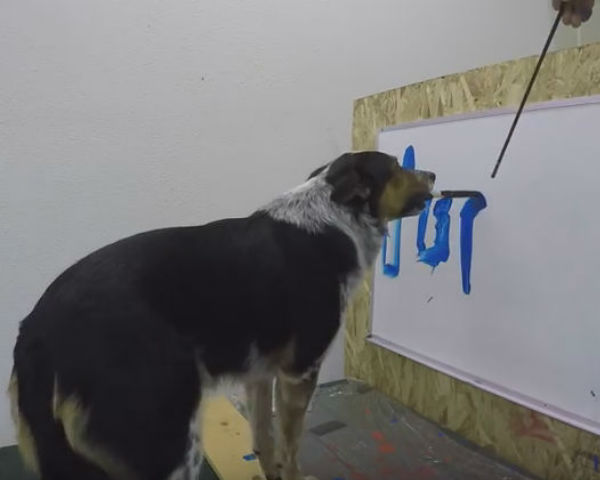 The best thing about having dogs as your pet is that they are immensely talented. You can just mould and train them in whichever you want. Simply put, dogs are the most talented pets in the world.

This particular dog is just another example of just how talented dogs are. His name is Jumpy. That's because he loves to jump and hop around. His jumping and hopping around videos on youtube has in fact, gained him lots of followers. But in this video, Jumpy shows off his artistic side.

He grabs a paint brush from his owner and is only guided by his owner on which area of the canvas he should sign his autograph on. And boy, did Jumpy sign the autograph pretty easily. Turns out he is already a pro in signing autographs.

Check out his awesome talent on the video below.