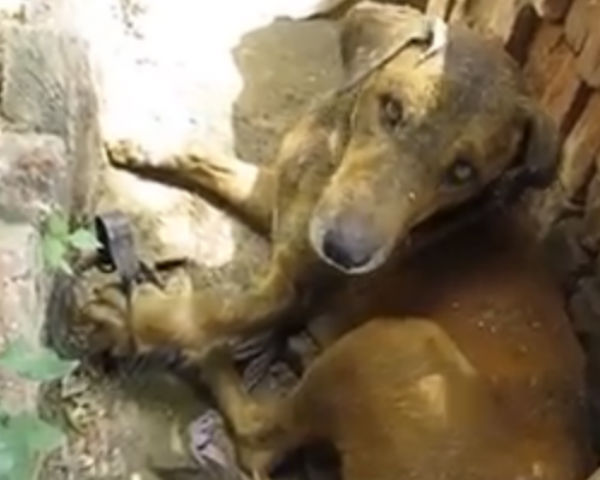 This dog is a real champ, who didn't give up in moments of unbearable pain.

On one fine day, this street dog's paw got accidentally caught in a trap, set by a hunter in a nearby field to kill wildlife animals.

The dog's paw was caught in the trap for several hours. Nearly crushing his paw and making him go through unbearable pain. But this street dog didn't give up in this moment of darkness.

And his courage paid off, as an animal rescue team reached to his rescue.

The animal rescue team thought they couldn't save his paws, as it was badly infected.

Unfortunately, the team had to amputate his leg to stop the rapidly spreading infection.

But Guess what? Today this handicapped, but he is one of the happiest creatures out there.