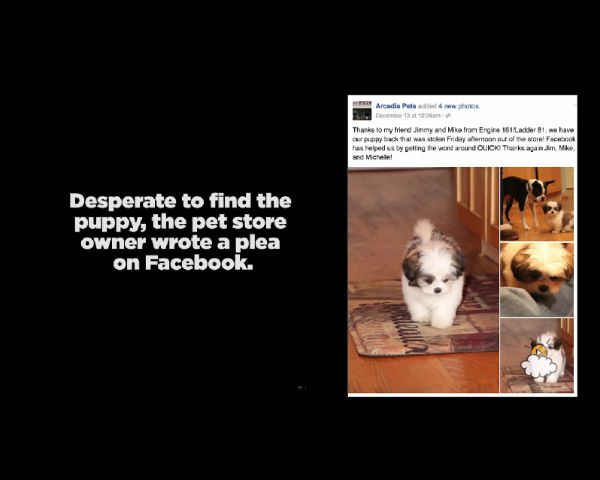 When Justin Denaro who worked as a part-time at a local pet store and saw the new shih tzu puppy, he knew he has found the perfect pup.

He was dying for a dog on his own for a long time and never thought of getting one.

With a little help from his uncle and some savings from working, he put a down payment on the dog.

But when it was time for him to pick up the new pup from the pet shop, his boss greeted him with a bad news that it was stolen by some woman as shown in the surveillance camera who just walked out the door.

Denaro and his family were devastated.

With the desire to recover the puppy, the store owner sought help through social media and posted a plea on Facebook for the return of the stolen puppy.

Luckily, a local firefighter saw the post and recognized the dog. He then went to the store and help them get the dog back.

Now, the puppy is back to Jason Denaro, its new and rightful owner.