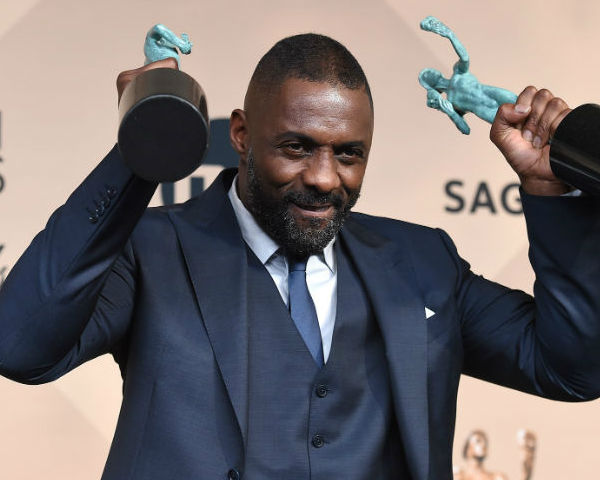 It's been a big night for Idris Elba. He just made history that night, not only because he won 2 acting awards, but he was the very first black person who took home two trophies in one night. The wins come during a very important time in Hollywood, following the controversy surrounding the all-white Oscars.

"Two wins in one night, that's incredible" said Elba, 43, in his acceptance speech, referencing his earlier win for best actor in Beasts of No Nation. "I want to share that to my beautiful children. When dad goes away, I think about you all the time, I love you so much, and Mom I love you more."

Idris also thanked the show's writer, Neil Cross, for his imagination and for being an incredible writer.

Idris told E! News earlier in the night that a SAG Award is "better than any other award."