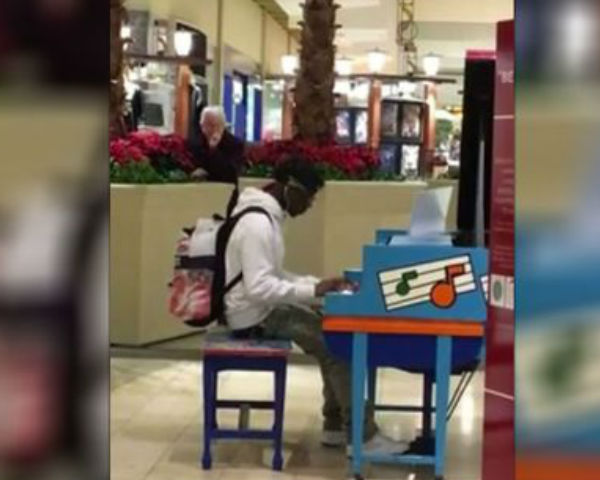 It was supposed to be an ordinary day at the mall. Sara Hadley was visiting one of the local malls when something caught her attention.

She heard something beautiful that was far from the regular sound inside the mall.

As she made her way to the sound, she saw this teenager sitting at a piano that was set up for Lansing, Machigan's Keys in the Cities program.

He was playing a beautiful piece only professionals can execute. But this young man soon captured attentions.
The young man goes by the name of Monntel West, 18 years old and learned to play the piano by himself.

Yes, the young apparently was waiting for his friends to arrive and to played with the piano in doing so. By playing that piece, it's amazing how he was able to pull it off since he said that he has not been into formal training and that it is all self-taught according to him.

Check it out for yourself if you believe him or not.