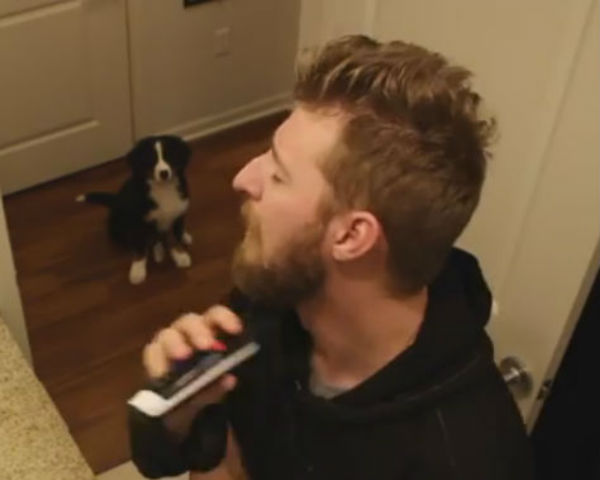 This man is really proud of his beard. He considers his beard to be the ultimate symbol of his manhood.

His pet dog apparently does not like his owner sporting a beard.

The man cannot stop but whine as he trims his beloved beard, but his dog's reaction is absolutely adorable.

Go check it out!