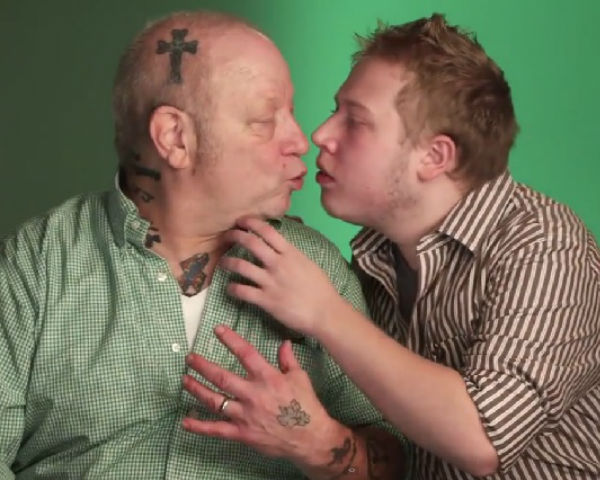 His name is Bill Davis. A large man with tattoos all over his body. First glance at him would made a lot of people think that he is not just some regular guy.

He is one tough looking guy and might have tougher way back his younger years too.

But behind all the things you see in him, Bill is a father and unlike any fathers, he may have more love than any regular dad has for his kids.

Bill has more than the regular love he can offer, he has an unconditional love for his son Chris who was diagnosed with severe autism.

When doctors advised them to give up their son to an institution because of his hopeless situation, Bill refused to give up on his son.

Bill, together with his wife, decided to become a parent. They went ahead to learn everything they can for their son's condition and give him the one and only thing that they can give him. Their unconditional love.

The inspiring story and the things they've done for their son is a must see in this video, so go ahead and check it.