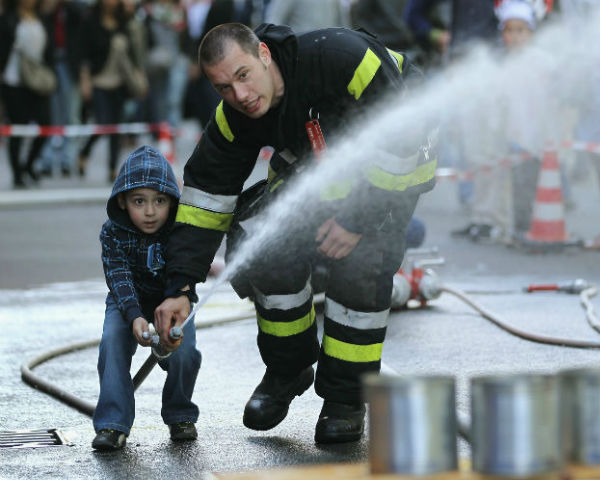 They were both out on the streets.

Six-year-old Cobie Saiz was having one of those days. He felt lonely after moving in to a new neighborhood. With no new friends he decided to go outside in his firefighter uniform to play by himself.

District Captain Jose Muñoz was making his rounds to memorize streets and addresses when he spotted Cobie who was not hard to miss with his fireman suit.

He decided to stop and talk to him.

Then he did the most wonderful thing any person can do to a new kid in the block.

He made Cobie's day better by letting him wear the real bunker gear and let him work in the captain's computer in his SUV.

To finally complete the day, he called for a firetruck to stop by too.

Cobie's no-friend-lonely-day turned out to be just extra fine with the whole neighborhood coming out to met him.