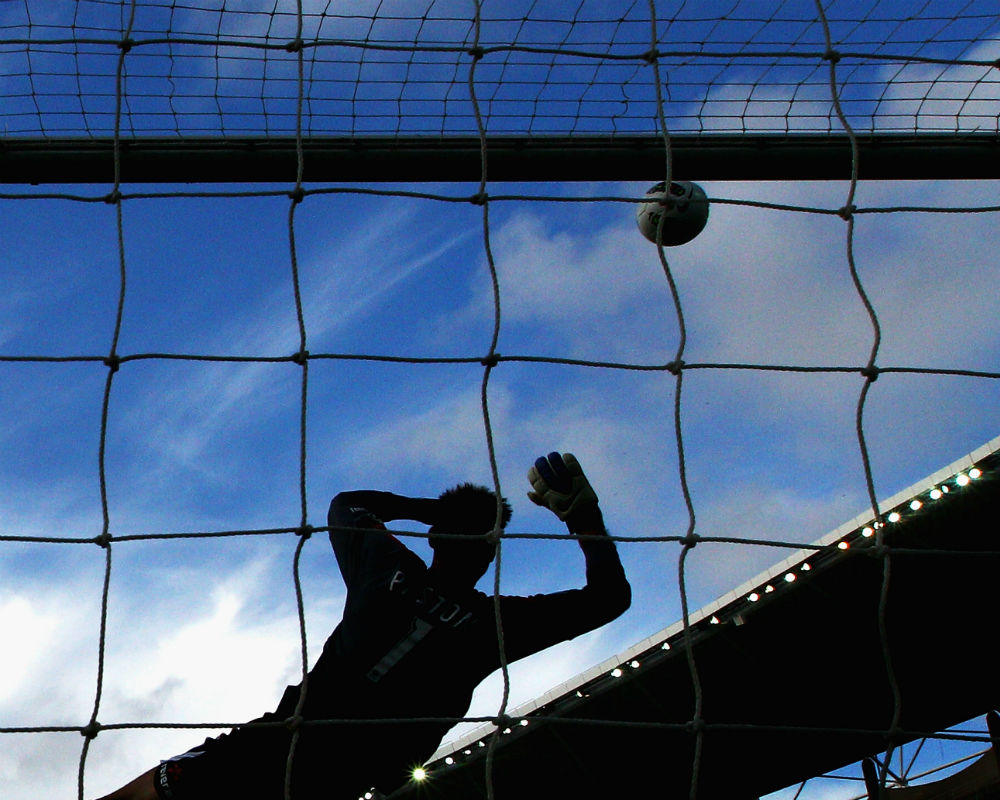 This goalkeeper experienced the most unlucky day of his life during the penalty of a soccer game.

Even though he was able to stop all opportunity for the other team to score, he was still unlucky as his face was repeatedly hit by a soccer ball.

But we still have to laud this player because of his perseverance to take all the hits even though he can't even stand in the latter stage of the game.

Because of his insane heroics and bloody face, his team was able to get the glorious victory.

Watch the crazy video below.

A poor goalkeeper keeps getting hit in the face. (Getty Images)