Agents of SHIELD's Daisy Johnson is about to get a sneak peek at the future. Spoiler Alert: she won't like what she sees.

Marvel will dive into the world of precognition once more with "Spacetime," and Coulson's (Clark Gregg) squad will spend episode 15 fighting the future with both hands.

"The S.H.I.E.L.D. team tries to prove that fate is not fixed after Daisy is horrified by a glimpse of the future," Spoiler TV teased.

The last time Agents of SHIELD dived into the world of crystal balls and hazy visions, Raina (Ruth Negga) was still alive and kicking. The Girl in the Flower Dress is long gone, however, and the source of Daisy's (Chlow Bennet) intel remains unknown. While her sudden insight into the future will undoubtedly freak out SHIELD's No. 1 Inhuman, we hope it becomes a regular staple through the end of season 3. Why, you ask? Well, we're just dying to get another peek at that ominous flash forward from "Bouncing Back."

Lucky for us, executive producers Jed Whedon and Maurissa Tancharoen have promised substantial breadcrumbs as the spring run progresses.

"We will be uncovering things from the midseason opener all the way to the finale," Tancharoen told The Hollywood Reporter. "We will slowly be discovering what that image is."

Unfortunately, both show runners were particularly vague when it came to elucidating the nature of these clues. Will there be more flash forwards? With the new addition of someone's seer-esque abilities, we're going to mark that down as a distinct possibility.

For now, viewers should keep their eyes peeled for any ominous twists.

"Obviously we won't say much about [the flash forward]. The visual is designed to get you asking questions," showrunner Jed Whedon teased, according to Entertainment Weekly. "I think that will become clear later in the season what exactly we're promising, but I don't think that flash forward bodes well."

Find out more when Agents of SHIELD airs Tuesdays at 9 p.m. ET on ABC. Check out the video below to see a preview for this week's episode, "Parting Shot." 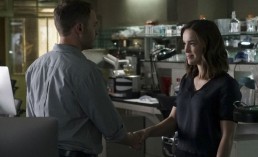 'Agents Of SHIELD' Season 3: One Genius Is Ready To Take Up Arms, Is It Fitz Or Simmons? [VIDEO] 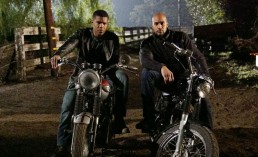 'Agents Of SHIELD' Season 3: Meet Mack's Brother [PHOTOS]! Will He Be A Boon Or A Bane? [VIDEO]